The SFX masters at Weta Workshop are working on a new Lord of the Rings game and you should be very excited. 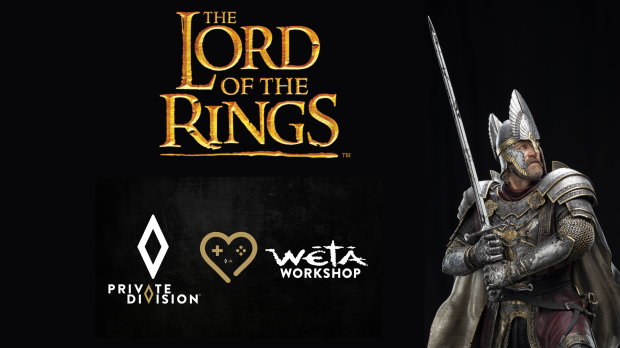 Before today I didn't know who Weta Workshop was, but a bit of investigation has unearthed one of my new favorite companies (at least in what they've created...sadly there's a culture of workplace misconduct at Weta). Weta Workshop is a New Zealand-based SFX and prop company who has made some of the most iconic and dazzling visual setpieces in cinema and TV history, helping solidify decades of entertainment; they created armors for Peter Jackson's Lord of the Rings epics and worked on countless projects like the old Hercules and Xenia shows, Hellboy, The Last Samurai, District 9, Elysium, Mad Max Fury Road, Dune, and many more.

Today Weta announced that it is working with Private Division, the same publishing branch that brought The Outer Worlds to market, on a new Lord of the Rings game. The project is in early development and won't be ready until Take-Two's FY24, which ends in March 2024. Weta says the game will be very unique and unlike anything gamers have experienced in the world of Middle-Earth before.

"We are thrilled to partner with Weta Workshop to publish a game set in such an extraordinary and celebrated universe," said Michael Worosz, Chief Strategy Officer, Take-Two Interactive, and Head of Private Division. "The Lord of the Rings IP is home to so many remarkable stories, and no entity is better equipped than the team at Weta Workshop to create a distinctive, new Middle-earth gaming experience."

"It's a privilege to create a new game set in Middle-earth, especially one that's so different from what fans have played previously," said Amie Wolken, Head of Interactive at Weta Workshop. "As fans ourselves, we're excited for gamers to explore Middle-earth in a way they never have before, and introduce new fans to the magic of The Lord of the Rings."

Private Division, a publishing label of Take-Two Interactive Software, Inc. (NASDAQ: TTWO), today announced they have signed a new publishing agreement with Weta Workshop, best known for their work on Middle-earth for The Lord of the Rings film trilogy. In 2014 Weta Workshop founded an interactive game division and are now developing a new game set in the Middle-earth universe of J.R.R. Tolkien. Middle-earth Enterprises have licensed the literary works of the series, providing Weta Workshop with the broadest creative license to interpret the underlying lore of the books.

The Lord Of The Rings™ Motion Picture Trilogy Extended Edition