Blizzard has already confirmed Diablo IV will have cosmetic microtransactions, but new surveys may have confirmed a battle pass for the game. 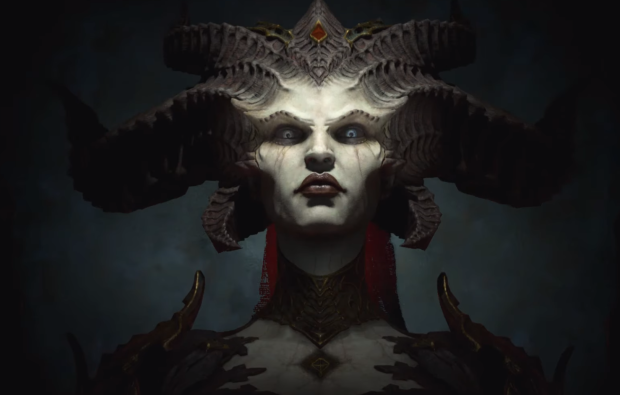 Diablo IV may be the latest Blizzard game to get a battle pass. The developer has announced that Diablo IV will rely on cosmetic microtransactions despite being a full-priced premium game, but unlike Diablo Immortal, the new sequel will not sell items or content that have tangible effects on gameplay. Yet that doesn't mean Diablo IV won't have its own premium currency scheme to maximize spending and encourage multi-bundle purchases--a tactic that EA, Ubisoft, Take-Two, and of course Blizzard have all used to make billions of dollars every year.

According to newly leaked surveys sent to gamers in Germany, Blizzard may also include battle passes in Diablo IV to complete the monetization trifecta (mTX, in-game currencies, paid passes). Blizzard has already confirmed Diablo IV will also have paid expansions. The new developments basically show Diablo IV will have every monetization structure possible outside of pay-to-win options.

Diablo IV is meant to be a never-ending game with tons of replayable content that's added over time. It's a live game, but even more important, it's a Blizzard live game. That means it's meant to carry the studio forward for at least 6 years (look at Overwatch, for example). That requires lots of planning and forethought in not only content, but how the content is paid for. 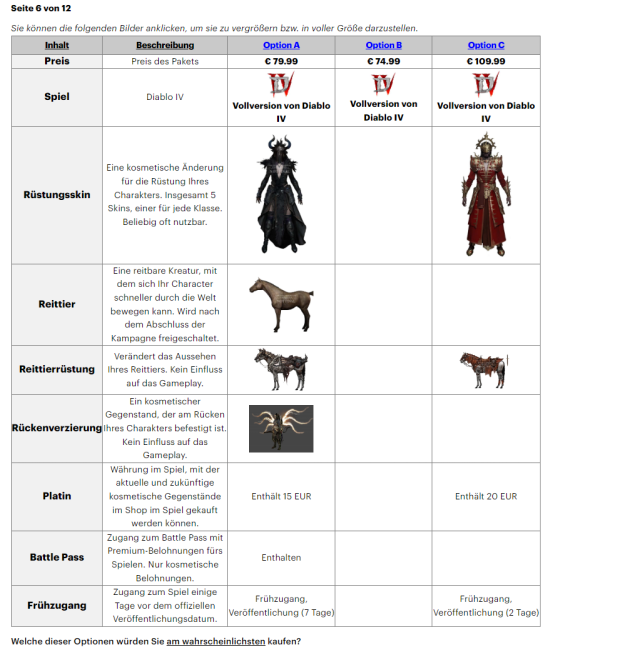 The battle pass scheme will fund new content while also micro-managing and cutting up how the content is served and digested by players. However the Diablo IV battle pass may only give cosmetic rewards instead of, say, something like access to a dungeon.

A translated version of the survey is pretty straightforward. It mentions that Platinum can be purchased as a premium currency from the in-game shop, and the battle pass will provided access to "cosmetic only rewards." In short, it's like the Master Chief Collection's current scheme.