A new video by NASA's Jet Propulsion Laboratory (JPL) highlights what the Curiosity Mars rover has learned in the last ten years.

NASA's Curiosity Mars rover landed on the Red Planet inside the Gale Crater on August 6th, 2012, and was lowered to the surface by a jetpack after launching from Earth on November 26th, 2011. The rover has since driven almost 18 miles (29 kilometers) and ascended 2,050 feet (625 meters) while exploring the crater. Work by the engineering team managing the rover to minimize wear and tear has allowed the rover's mission to be extended by another three years.

One of Curiosity's most notable achievements is determining that liquid water and many other chemicals necessary for supporting life were present on Mars for tens of millions of years. The Gale Crater once stored a lake and is home to Mount Sharp, a 5.5-kilometer (3.4 miles) high mountain, which Curiosity has been ascending, with each layer Curiosity climbs revealing a more recent history of Mars. Curiosity is currently heading to a new region thought to bear sulfates, salty minerals left behind after water has dried out.

"We're seeing evidence of dramatic changes in the ancient Martian climate. The question now is whether the habitable conditions that Curiosity has found up to now persisted through these changes. Did they disappear, never to return, or did they come and go over millions of years?" said Ashwin Vasavada, Curiosity's project scientist at NASA's Jet Propulsion Laboratory in Southern California.

"As soon as you land on Mars, everything you do is based on the fact that there's no one around to repair it for 100 million miles. It's all about making intelligent use of what's already on your rover," said Andy Mishkin, Curiosity's acting project manager at JPL.

You can read more from NASA's celebratory post here. 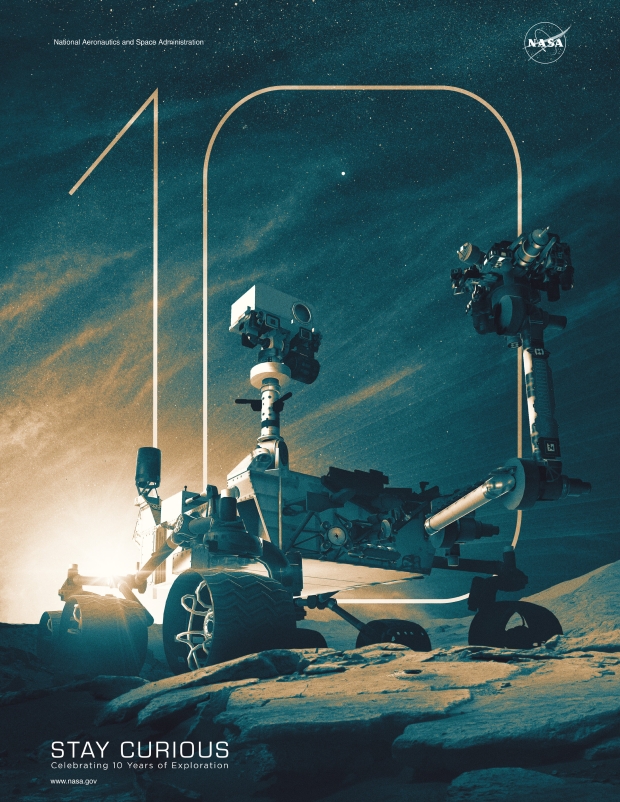 The Voyage of Curiosity