Astronomers have captured new images of the 30 Doradus, a star-forming region, also known as the Tarantula Nebula. 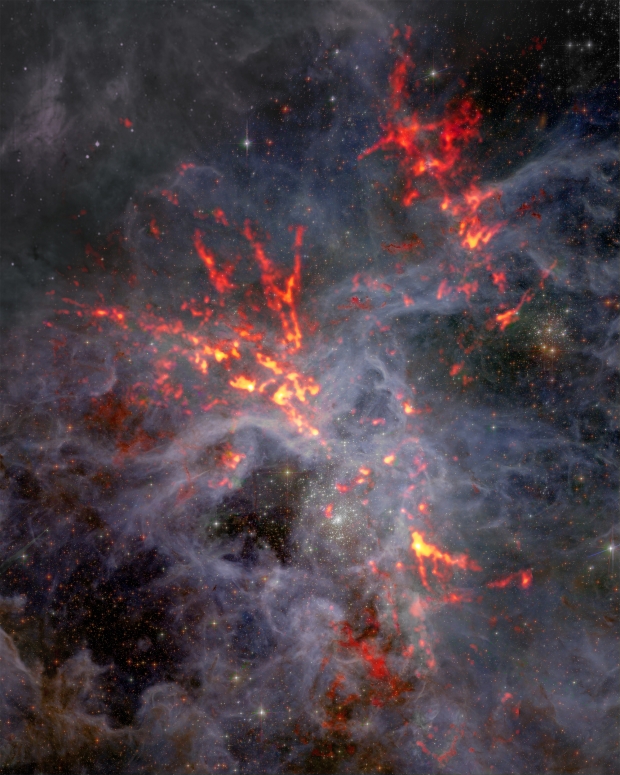 The images were captured using the Atacama Large Millimeter/submillimeter Array (ALMA) in Chile, focusing on the Large Magellanic Cloud, a satellite galaxy that orbits the Milky Way galaxy. Contained inside the galaxy is the Tarantula Nebula, home to some of the most massive stars known, greater than 150 times the mass of our Sun. It is one of the most active star-forming regions in the galactic neighborhood, found approximately 170,000 light years from Earth.

The latest image shows data from ALMA overlaid over infrared images taken previously of the nebula. This data is shown in the bright orange parts of the image, representing very cold, dense gas that could collapse to form new stars. A study has been published accompanying the images has been published in The Astrophysical Journal.

"One of the biggest mysteries of astronomy is why we are able to witness stars forming today. Why didn't all of the available gas collapse in a huge fireworks show long ago? What we're learning now can help us to shine a light on what is happening deep within molecular clouds so that we can better understand how galaxies sustain star formation over time," said Tony Wong, who led the research on 30 Doradus.

"What makes 30 Doradus unique is that it is close enough for us to study in detail how stars are forming, and yet its properties are similar to those found in very distant galaxies, when the Universe was young. Thanks to 30 Doradus, we can study how stars used to form 10 billion years ago when most stars were born," said Guido De Marchi, a scientist at the European Space Agency (ESA), and a co-author of the paper. 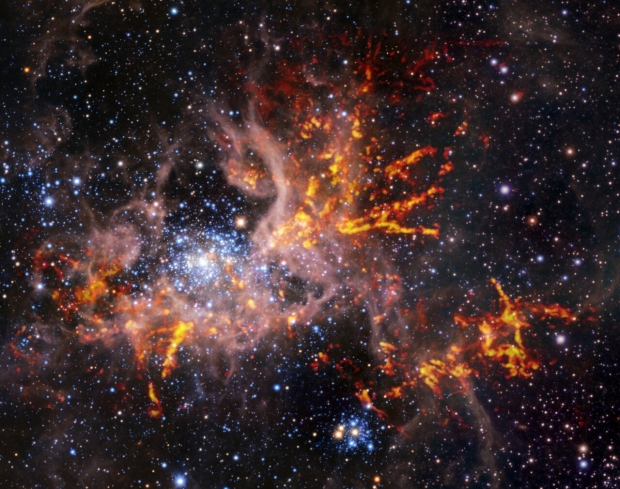