KIOXIA have released the latest version of its KumoScale storage software built around the NVM Express over Fabrics (NVMe-oF) prototal, with KumoScale Software v3.21 including some big upgrades and new support.

KumoScale software Version 3.20 added compatibility with third-party OpenID® ConnectTM 1.0. OpenID Connect provides an identity layer on top of the OAuth 2.0 protocol. It allows clients to verify the identity of users based on authentication performed by a centralized Authorization Server. KumoScale software version 3.21 builds on this with KIOXIA-tested compatibility with Microsoft Azure Active Directory. This means that Azure AD identities can seamlessly access KumoScale volumes. 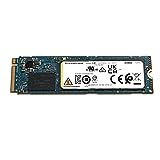