Micron has just announced the commercial and industrial availability for its new DDR5 DRAM, which is destined for AMD and Intel's next-gen server and workstation platforms. 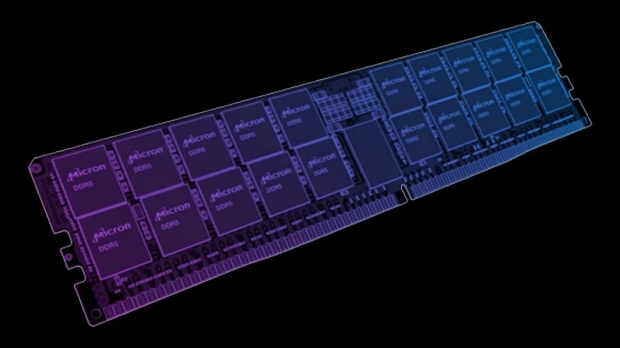 The company announced the news with a press release, with Micron saying its new DDR5 server DRAM maximizes performance for AI, HPC, and data-intensive applications that require more CPU compute capacity, and higher memory bandwidth than what DDR4 technology is capable of.

"Micron DDR5 server DRAM provides unparalleled bandwidth to manage even the most memory-intensive applications. Micron has been on the forefront of the industry's transition to DDR5 memory technology and is committed to empowering data center customers and channel partners in their server DDR5 DRAM qualification and readiness efforts".

DDR5-enabled servers are being evaluated and tested in data center environments right now, while they're expected to be used in bigger numbers "throughout the remainder" of 2022, says Micron. Micron's first DDR5 server DRAM will be offered as DDR5-4800 speeds, with Micron adding that it is "anticipated to increase to meet future data center workload demands".

Micron says that its new DDR5 server memory is available immediately, through its global commercial and industrial channel partners.