NASA is moving forward with its ambitions of taking humans back to the Moon with the launch of the CAPSTONE satellite. 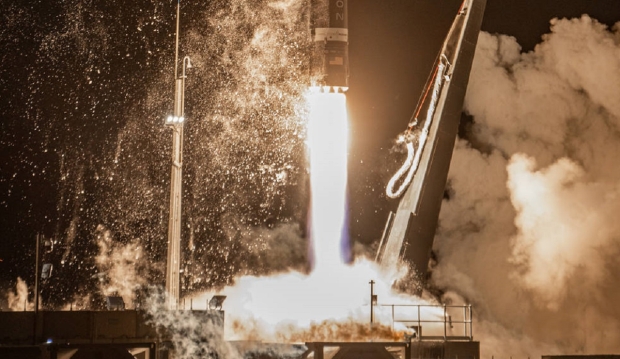 The satellite was launched from New Zealand last week aboard Rocket Lab's Electron rocket, and for the six days after launch, the small 55-pound satellite was continuously increasing its altitude and speed. After gaining enough speed, the NASA satellite broke free of Earth's orbit and began its relatively slow journey to the Moon.

The space agency explains that the CAPSTONE satellite stands for Cislunar Autonomous Positioning System Technology Operations and Navigation Experiment, and after its four-month journey to the Moon (arriving in November), it will enter a never-before-flown orbit where it will fly within 1,000 miles of the Moon's North Pole, and 43,500 miles from the South Pole at its farthest orbital point. The CubeSat will stay in this elongated orbit for six and a half days to study dynamics.

"CAPSTONE is a pathfinder in many ways, and it will demonstrate several technology capabilities during its mission timeframe while navigating a never-before-flown orbit around the Moon. CAPSTONE is laying a foundation for Artemis, Gateway, and commercial support for future lunar operations," said Elwood Agasid, project manager for CAPSTONE at NASA's Ames Research Center in California's Silicon Valley.

CAPSTONE will also demonstrate key technologies in NASA's effort to get humans back on the Moon. The space agency explains that the Cislunar Autonomous Positioning System, a new spacecraft-to-spacecraft communications and navigation system designed to work with the Lunar Reconnaissance Orbiter, developed by Advanced Space, will be demonstrated.

Notably, NASA writes that the potential of the new technology may allow spacecrafts to determine the location of other spacecrafts within their proximity without tracking data from Earth. Furthermore, the small 55-pound satellite has new one-way ranging technology that, if proven effective, could reduce the communication time between Earth and off-planet spacecrafts.

All of these new technologies that are aboard CAPSTONE are NASA's stepping stones toward taking humans back to the Moon. As for when NASA will put humans back on the Moon, the space agency announced that it's targeting a launch window between August 23 and September 6 for the Artemis 1 mission, where the agency will send an uncrewed spacecraft around the Moon.