DolphiniOS and Switch hacker Oatmeal Dome was able to get Half-Life 2 to run on the Nintendo Switch.

Oatmeal Dome, a big player in the modding scene who uncovered the Nintendo Switch's VR mode back in 2018, just got Half-Life 2 running on the Switch...and it runs pretty good.

The modder used the newly released Portal Companion Collection on Switch to load Half-Life 2 onto the handheld-console hybrid. "The main reason why this works so well is that Portal 1 is basically just a glorified mod for Half-Life 2. (For example, the player code for Portal is based directly on the player code for HL2)," Oatmeal Dome explained on Twitter.

"Also, I should note that having at least some Half-Life 2 leftovers present in the ROM is expected, considering Portal 1 is just a fancy mod of Half-Life 2. That being said, there are a lot of files that shouldn't be here (HL2-specific models, NPCs, voice clips, etc)."

Half-Life 2 doesn't run perfectly and there's crashes, missing animations, and FPS drops, but overall it seems like Valve could absolutely release the game on the Switch if they really wanted to.

Maybe someday Valve will just release a big mega Half-Life pack onto all platforms. They did release Half-Life on PS2, after all... 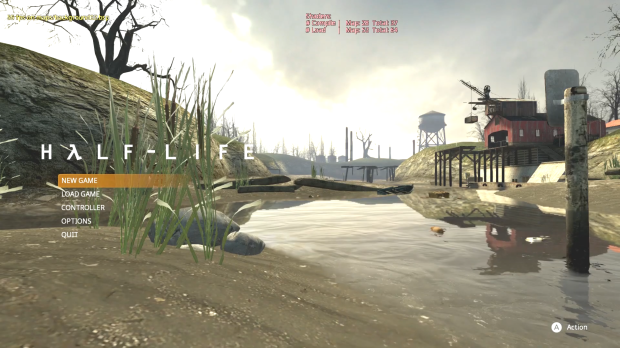