Mark Zuckerberg the "human" only just turned himself back on after showing off Meta's prototype Butterscotch and Starburst headsets teased. Now... well, barely 24 hours later analyst Ming-Chi Kuo tweets that Meta's metaverse hardware and headset business is on fire.

We also only just heard from the same analyst providing updates and predictions for a "higher-end Meta Quest 2 Pro" headset. The upgraded Meta Quest 2 Pro headset would use newer mini-LED display technology and 2P Panake for "marked visual improvements", VR + AR support driven through 16 cameras (10 on the headset, 3 in each controller: left and right hands).

I replied to Kuo, tweeting that I truly hope Apple succeeds in doing to the VR/AR/MR world that it did to the smartphone + tablet worlds (and now SoCs + laptops). It seems Meta is scared sh*tless (at least, that's my take: 40% this year, and holding of on ALL headsets, in a market it should be CONFIDENT in?)".

Harsh Bharvada replied, tweeting me: "Probably want to wait and look at what Apple does and not get ambushed in the market". Sure, this makes sense given all of the hype in recent rumors for Apple's new AR/MR headset. Apple is reportedly using a Micro-OLED display from Sony on the outer or "indicator" screen, while LG Display provides the OLED panel inside.

Apple's second-gen AR/MR headset is said to be an even bigger leap, with a purported 4000 PPI resolution for 2024 being a "national project" in South Korea. LG is reportedly providing higher-resolution Micro-OLED display for the second-gen Apple AR/MR headset. It seems Apple is all-in with its headset business at this point, so maybe Meta is getting cold feet -- or wanting to see what its main competitor, possibly (probably) the new leader -- is going to do. 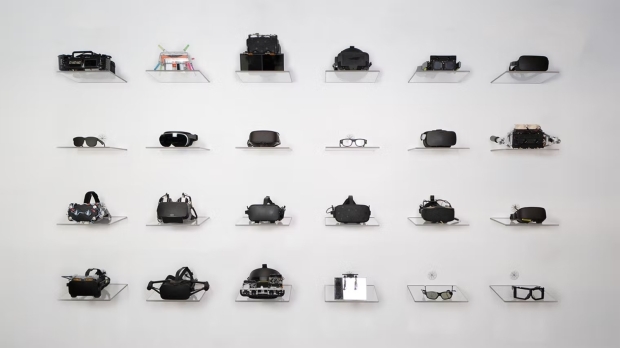 But... this is why I asked the question: shouldn't Meta be confident in this business? Mark Zuckerberg proudly showed off Meta's prototype "Butterscotch" and "Starburst" headsets, promising that they would be capable of delivering worlds "indistinguishable from reality".