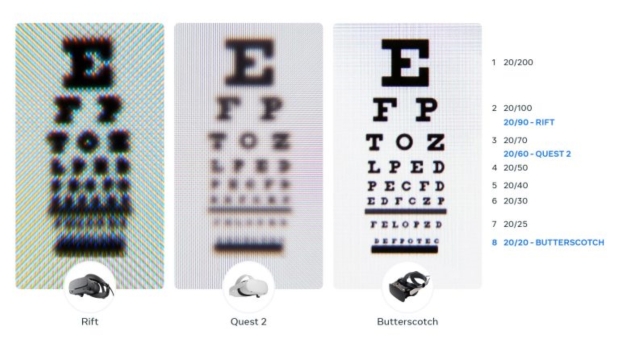 Butterscotch: Meta teased a new prototype VR headset called "Butterscotch" which the company says can hit a retina resolution of 60 pixels per degree: paving the way for 20/20 vision. The team achieved this by using extremely pixel-dense displays, reducing the field of view, forcing the pixels into a smaller area, roughly half the size of the Quest 2. Meta says that it is also working on a "hybrid lens" that would "fully resolve" the increased resolution, where -- in the picture above -- shows the comparison between the original Oculus Rift, the current Quest 2, and the new Butterscotch prototype. 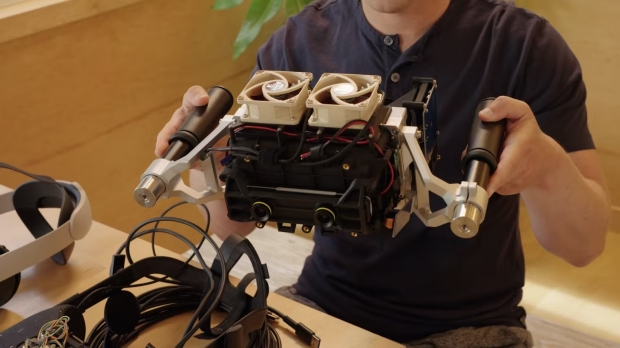 Starburst: But then there's the crazy new prototype "Starburst" VR headset, which will melt your retinas with HDR of up to an insane 20,000 nits. It won't really melt your retinas, but rather it would allow realistic luminance that looks more like real life. Think about reflections, fires, light in darker scenes, and more. Remember, the Quest 2 headset hits a max 100 nits of brightness... so Starburst is 200x brighter.

Starburst is that hardcore it has dual fans on the prototype, which I'm not going to lie: I love to see that. It's a hardcore prototype from a ridiculously wealthy company with pockets so deep that Apple is about the only company that can compete at this insane level. 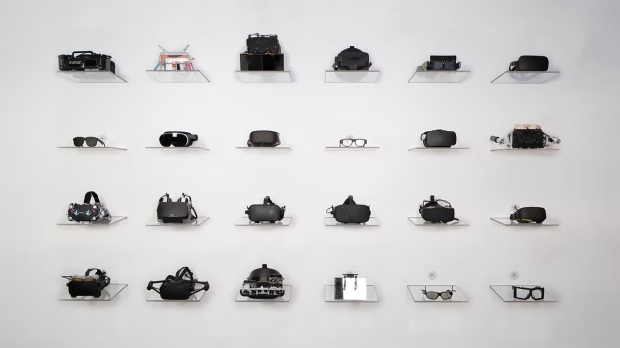 Zuckerberg explained: "I think we're in the middle right now of a big step forward towards realism and in the creativity that that unlocks. I don't think it's going to be that long until we can create scenes with basically perfect fidelity".

"The human visual system is very complex and it's deeply integrated. Just seeing a realistic-looking image isn't enough to make you feel like you're really there. To get that feeling of immersion, you need all of the other visual cues as well that go with that". 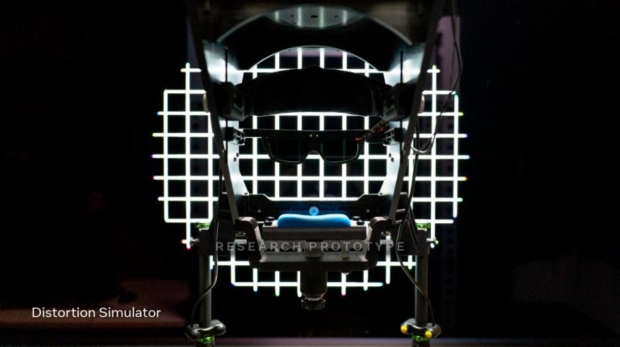 Michael Abrash: "Today's VR headsets have substantially lower color range, brightness, and contrast than laptops, TVs, and mobile phones. VR can't yet reach that level of fine detail and accurate representation that we've become accustomed to with our 2D displays".