The totally next-gen PCI Express (PCIe) 7.0 specification has been announced today at the PCI-SIG Developers Conference 2022, ushering in yet another round of doubling the data rate: now up to 128GB/sec. 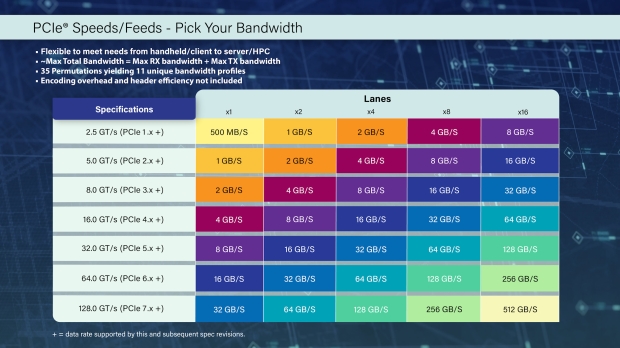 The new PCIe 7.0 x16 standard will offer up to 512GB/sec bi-directionally, and while your GPU would be sitting on its hands at that point -- graphics cards of today don't need the wicked fast upgraded speeds we're getting with PCIe 5.0, PCIe 6.0, and the just-announced PCIe 7.0 -- the new speeds will be a boon for HPC, AI, and supercomputers. 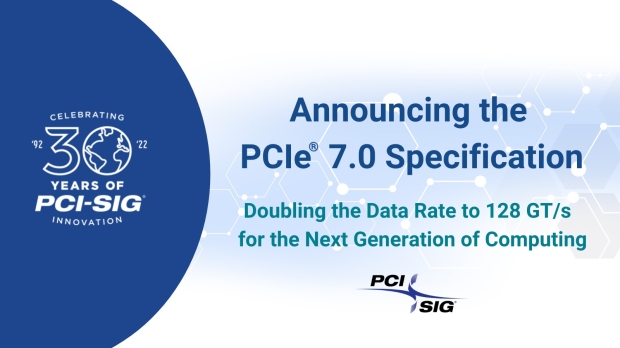 Al Yanes, PCI-SIG President, and Chairperson said: "With the forthcoming PCIe 7.0 specification, PCI-SIG continues our 30-year commitment to delivering industry-leading specifications that push the boundaries of innovation. As PCIe technology continues to evolve to meet the high bandwidth demands, our workgroups' focus will be on channel parameters and reach and improving power efficiency".

"Companies planning their roadmaps can include the next generation of PCIe technology with the assurance that it will meet their needs for a reliable, high-speed, low latency I/O interconnect. PCIe 7.0 technology will expand the PCI-SIG roadmap to include data-intensive applications and markets, including 800 Gig Ethernet, Artificial Intelligence and Machine Learning (AI/ML), High-Performance Computing (HPC), Quantum Computing, Hyperscale Data Centers, and Cloud".