Chinese researchers have published a new study in Nature Communications that confirms a major Moon discovery. 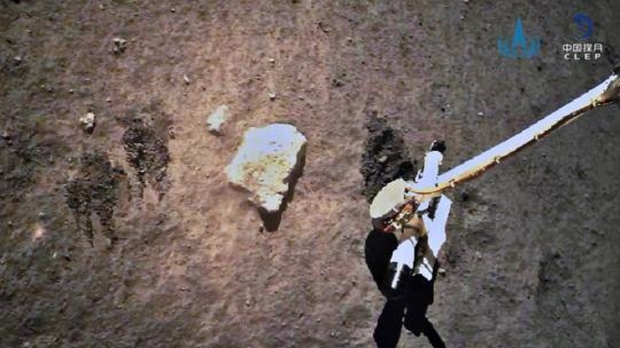 According to the researchers, China's Chang'e 5 lander has collected lunar rocks and confirmed via onboard analysis with its instruments that the rock samples contain water. Notably, Chinese researchers were able to estimate the amount of water molecules within some types of moon rocks - 120 parts per million and 180 parts per million (ppm) in other rocks.

The rocks were then studied by a team of researchers from the Chinese Academy of Sciences on Earth and found that the mineral apatite was 179 ppm, which was close to the earlier estimates from Chang-e 5. For quite some time, astronomers and researchers have suspected that lunar soil contains some degree of water molecules, but now we have a much better idea of the specific amount of water contained in some soil samples.

As you can probably imagine, discovering water molecules in lunar soil will provide extreme value to humans landing and eventually colonizing the surface of the moon. If technology can be developed that is capable of extracting the water molecules as well as hydrogen from the soil, it will give astronauts a seemingly endless supply of water and oxygen which will fuel their stay on the lunar surface.

While this research is certainly helpful in humans' efforts to get to the moon and establish a colony, there are still many questions that remain. At the forefront of those questions - "is the water molecules detected in the soil sourced from the moon, or come from comets or meteorites that have collided with its surface?".

The only way to answer that question and the myriad of other questions is to collect more samples from a variety of different locations across the lunar surface. Doing this would essentially increase the sample size of the soil retrieved and give researchers a better idea of the locations of water-rich soil and its origin.