A Chinese satellite launch center has experienced an explosion, according to a slew of high-resolution satellite images.

According to Spacenews.com, the explosion occurred at China's Jiuquan Satellite Launch Center located in the Gobi Desert between October 15 and October 16, 2021. Space enthusiast Harry Stranger found evidence of the explosion using images captured by Airbus and CNES (seen above). Reports indicate that the explosion didn't have any effect on China's future launches, as the nation's Shenzhou-13 mission launched from Jiuquan on October 15, 2021.

The publication reports that Chinese media didn't report on the explosion, which adds a certain mysterious element to what could have caused the explosion or what China was attempting to get off the ground. Spacenews suspects that China was attempting to construct, test, and launch solid rockets for orbital launches. This isn't the first time a launch was failed at the Jiuquan Satellite Launch Center, as the Kuaizhou-1A and Kuaizhou-11 rockets both failed.

For more information on this story check out this link here. 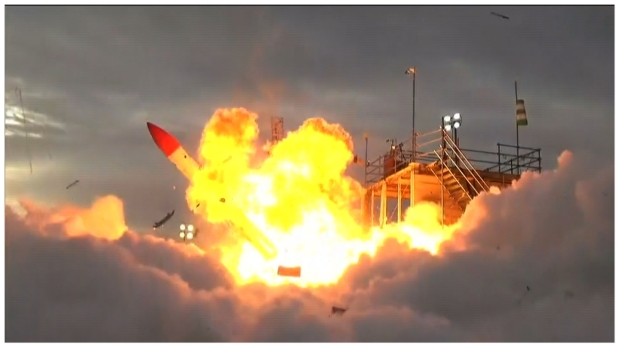