Google has tripled a previous world record it set for calculating digits of pi only three years ago. 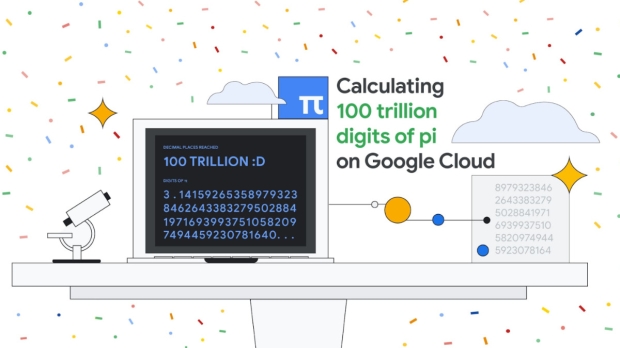 Google Cloud's compute service, Compute Engine, has gotten faster in the years since it first crunched a record number of digits of pi, thanks to recent upgrades such as the "Compute Engine N2 machine family, 100 Gbps egress bandwidth, Google Virtual NIC, and balanced Persistent Disks."

You can read more from Google's press release about the record here.