The results of the data transmission experiment were presented at the International Conference on Laser and Electro-Optics (CLEO) 2022 on May 19th, 2022. 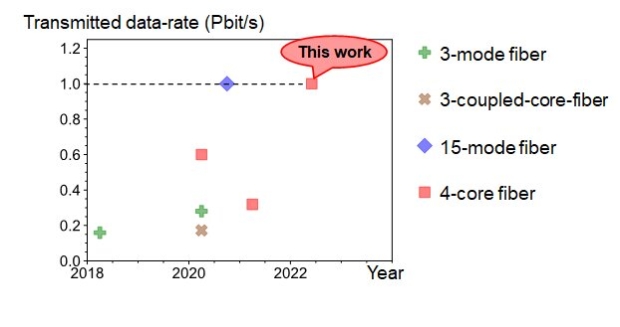 Researchers from the National Institute of Information and Communications Technology (NICT) managed to transmit 1.02 petabits of data per second using multi-core fiber (MCF) with a standard cladding diameter of 0.125 millimeters. The NICT broke the one petabit per second data transmission rate first in December 2020 but did so with a 15-mode optical fiber.

Such a transmission system requires complex MIMO (multiple-input and multiple-output) digital signal processing to make sense of the signals and limits its practical applications. The latest transmission system uses 4-core MCF and can transmit 1.02 petabit per second over 51.7 kilometers (32.1 miles), compared to the 610 terabits per second previously achieved in a similar fiber.

"4-core MCFs are thought to be the most likely of the new advanced optical fibers for early commercial adoption. This demonstration shows their information carrying potential and is a significant step toward the realization of backbone communication systems that supports the evolution of Beyond 5G information services," the NICT wrote in a press release. 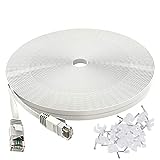