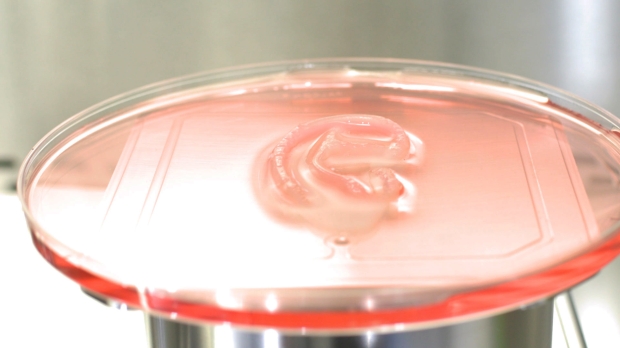 Surgery was performed to transplant the 3D bioimplant as part of an early-stage clinical trial to evaluate the safety and effectiveness of the procedure. The treatment has the potential to help patients with microtia, a congenital ear deformity where the external ear doesn't properly develop. It is hoped that this technology may one day replace the current treatment, which grafts cartilage from a patient's ribs or uses synthetic material to reconstruct the outer ear.

The implant is known as AuriNovo, and is created after taking 3D scans of a patient's opposite ear to use as a blueprint, then sampling their ear cartilage cells for proliferation. The cells are mixed with a collagen-based bio-ink, called ColVivo, which is then shaped by a 3D bioprinter into a living ear implant and transplanted alongside a biodegradable shell. The body then absorbs the shell over time as the implanted ear matures.

"The AuriNovo implant requires a less invasive surgical procedure than the use of rib cartilage for reconstruction. We also expect it to result in a more flexible ear than reconstruction with a PPE implant," said Arturo Bonilla, founder and director of the Microtia-Congenital Ear Deformity Institute in San Antonio, Texas.

"3DBio has successfully taken over where academia leaves off and has truly industrialized the technology. Oftentimes with novel technologies it takes a while for fundamental technical hurdles to be leaped. Then it's followed by fast-paced progress. We've seen this in aviation, computing and many other fields. Now that we believe we've cleared those fundamental hurdles, this technology platform could potentially make an impact in the lives of patients, and be the start of a new treatment paradigm," said Dan Cohen, one of 3DBio Therapeutics' founders. 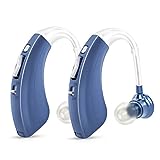