Sonic Frontiers is definitely the most ambitious Sonic game ever made. The new experience aims to deliver Sonic's very own Breath of the Wild moment, complete with an impressive-looking open world ripe for exploration and deep lore beats. The latest gameplay reveal showed what looks to be fun game full of capability and potential, but there's just one thing we couldn't shake while watching the footage: The sense of loneliness.

Perhaps what makes games like these the most powerful is a sense of being alone in a world that's full of potential. Breath of the Wild has a distinct sense of somber loneliness at parts, especially while exploring, but the game capitalizes on this alone time magic at every turn by creating a world with many secrets and things to do. There's so many different unique possibilities in Breath of the Wild that may or may not be present in Sonic Frontiers, but even if you are alone, the world makes you feel engaged at all times in a myriad of avenues, including characters, environments, or just exploration. You're alone but the world never makes you feel totally alone.

Sonic Frontiers is a little of the opposite. We don't know enough to really tell exactly what's going on in the game, and this may be some sort of overworld hub area that you explore in between missions. But the footage didn't show a single other creature other than small bird that swooped in during one segment.

Instead it looks like SEGA is going for an arcade-y type of look and feel where Sonic will grind, slide, and zoom across the map as well as platformer-style jumping. But for this to feel like a real engaging experience, SEGA will need to add more interactivity to the 3D world, and a lot of that comes from enemies, NPCs, and dynamic physics systems with hidden, secret traits (for example, how BOTW is still exciting because you can find new ways to manipulate the world itself). 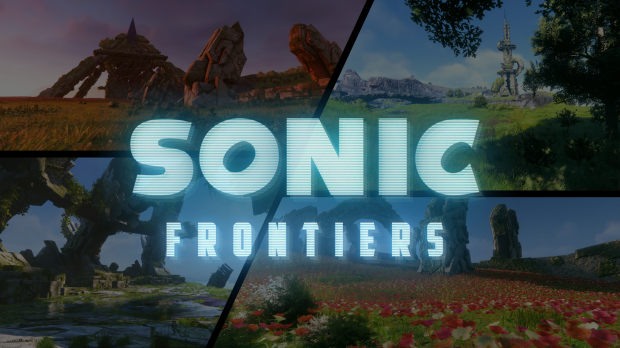