A study on the asteroid defense system titled "Apophis Planetary Defense Campaign" has been published in The Planetary Science Journal. 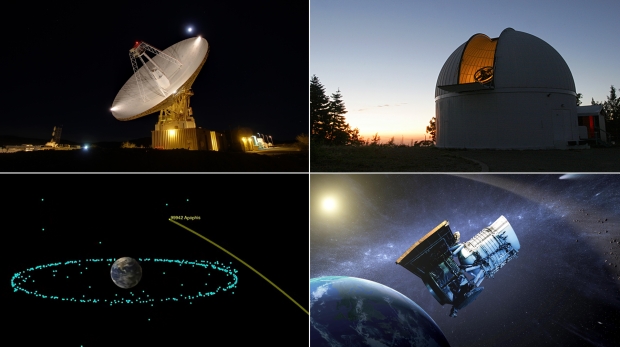 The results of an exercise conducted last year by the International Asteroid Warning Network (IAWN) and NASA's Planetary Defense Coordination Office (PDCO) have now been published in which researchers simulated an encounter with a potentially destructive asteroid. A large, known asteroid, known as Apophis, was removed from an existing monitoring database, and researchers tested the systems to ensure they could detect the "new" hazardous object, ensuring planetary readiness for such a calamity.

Apophis was rediscovered during the exercise, and its trajectory and chances of hitting Earth were continually recalculated to end up ruling out the possibility of impact. When Apophis was originally discovered in 2004, it was thought to have a significant chance of hitting Earth by 2029 at the earliest. However, it's now been assessed not to pose a collision threat for at least 100 years.

"This real-world scientific input stress-tested the entire planetary defense response chain, from initial detection to orbit determination to measuring the asteroid's physical characteristics and even determining if and where it might hit Earth," said Vishnu Reddy, associate professor at the University of Arizona's Lunar and Planetary Laboratory in Tucson, who led the campaign.

"Even though we knew that in reality, Apophis was not impacting Earth in 2029, starting from square one-with only a few days of astrometric data from survey telescopes-there were large uncertainties in the object's orbit that theoretically allowed an impact that year," said Davide Farnocchia, a navigation engineer at NASA's Jet Propulsion Laboratory in Southern California, who led the orbital determination calculations for JPL's Center for Near Earth Object Studies (CNEOS).

"Seeing the planetary defense community come together during the latest close approach of Apophis was impressive. Even during a pandemic, when many of the exercise participants were forced to work remotely, we were able to detect, track, and learn more about a potential hazard with great efficiency. The exercise was a resounding success," said Michael Kelley, a program scientist with PDCO, within NASA's Planetary Science Division at NASA Headquarters in Washington, who provided guidance to the exercise participants.