On the upside, being a 45nm Penryn chip it's going to run a lot cooler and with a lot more overclocking headroom to boot; potentially making it the new chip of choice for many enthusiasts.

A lucky chap going by the name of Coolaler has been provided with a multitude of upcoming quad core Intel chips to play with, one of them being the aforementioned Q9300. He's kindly given us all a taste of what this new chip's capable of by overclocking it to 3.7GHz (495x7.5) and performing some benchmarks. 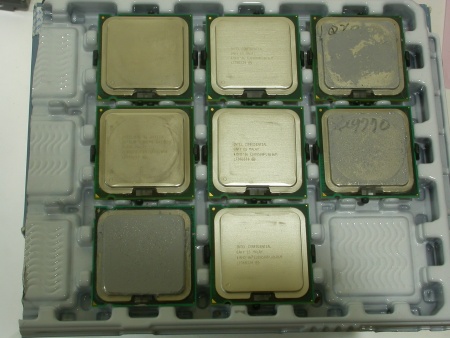 You can find the full thread with details and pics here.
Newsletter Subscription