Walmart has announced it has expanded its commercial agreement with Symbotic -- a "revolutionary A.I.-powered supply chain technology company" -- to install warehouse robots at all of Walmart's distribution facilities across the US.

Until now, there were 25 distribution plants by Walmart using Symbotic warehouse robotics... but now they'll be pushed to every single facility. It's not just robotics but Symbotic's software automation platform.

Walmart tries to sell the robotic takeover of its warehouses as a good thing (which it is, but it will be the end of warehouse jobs by 2030, anyone can see that), by saying that the technology's "ability to build palletized loads of department-sorted inventory ultimately enables Walmart to get products onto shelves at its more than 4,700 stores more quickly, while also making one of the toughest aspects of supply chain work - material handling - safer and simpler. It also creates new, tech-enabled jobs, such as cell operator and maintenance technician, that offer widely applicable skills in robotics and technology". 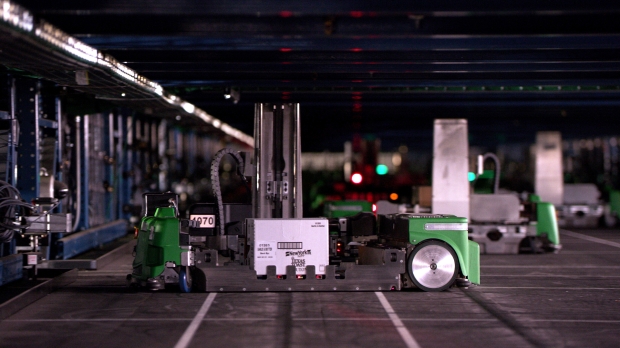 Rick Cohen, Chairman, President and Chief Product Officer of Symbotic said: "The expanded partnership with Walmart substantiates how our technology is truly reinventing the traditional warehouse and distribution of consumer goods across the supply chain".

"As a technology platform with deep roots in warehousing and distribution - our system addresses some of the biggest challenges of today's complex supply chain, such as inventory agility, transportation cost and labor availability. Modernizing the warehouse allows consumers to get what they need faster and creates benefits for everyone including workers, customers and their local communities".

David Guggina, Senior Vice President of Innovation and Automation, Walmart U.S. added: "The need for accuracy and speed in the supply chain has never been more visible, and we're confident that now is the time to move even faster by scaling Symbotic's technology to our entire regional distribution center network. Using high-speed robotics and intelligent software to organize and optimize inventory, the Symbotic System helps us get products to our customers quickly and seamlessly by revolutionizing how we receive and distribute products to stores".