Motorola has some new smartphones in the works and has recently taken to a Chinese website to tease some of their upcoming hardware. 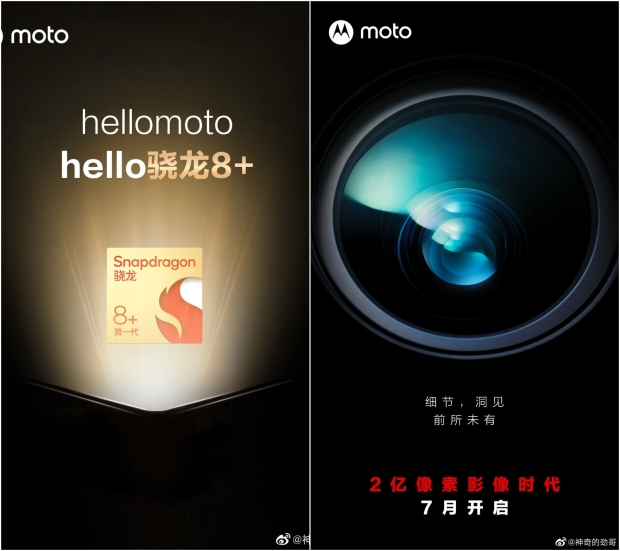 Operating under Lenovo, Motorola has teased via Weibo some new details about its smartphones while also confirming when one of the devices will be launching. According to the first post by Motorola, one of its upcoming smartphones will be a foldable device that will feature a Snapdragon 8+ Gen 1. Notably, this device will be launching sometime in July 2022.

Furthermore, the company teased another device which is depicted as foldable in the graphic and will also feature a 200 megapixel (MP) camera. According to Engadget, rumors have previously pointed toward Motorola's upcoming 200MP device being called the "Frontier," that's expected to sport 125-watt fast-charging and a 6.67-inch OLED display at a refresh rate of 144Hz. It should be noted that these are just rumors for the time being and that ahead of its launch in July, Motorola is expected to announce official details.