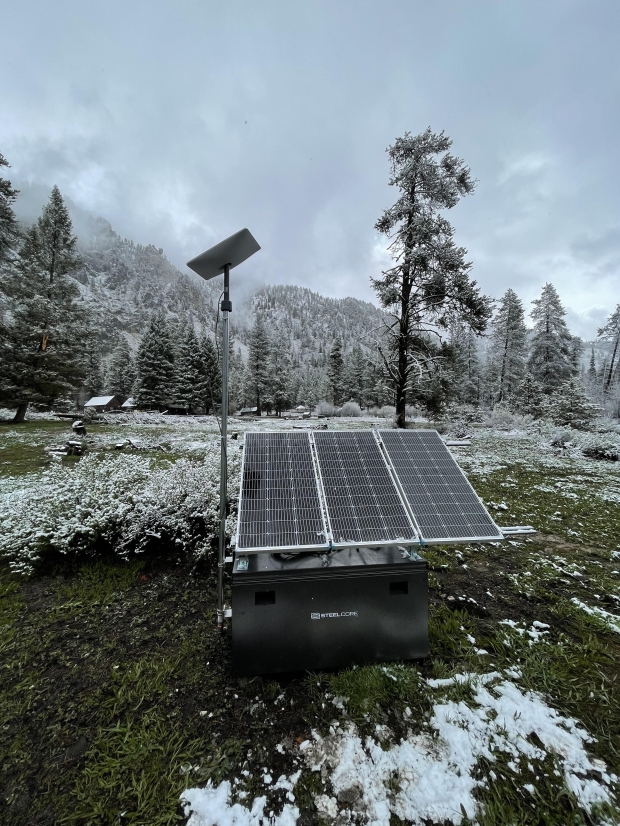 Birch took to Reddit to post about his "remote fully off-grid Starlink station installed in the Sawtooth mountains of Idaho." The three solar panels produce a combined 300 watts of solar power and are supported by a 450 amp hour (Ah) battery bank for when the panels can't produce enough power. According to Birch, the system has "been running like a champ 24/7 for the last week."

The campsite where Birch set up the system has a diesel generator that provides power during the day, which Birch sought to bypass for his Starlink setup. Birch calculated that he would need roughly 200 Ah for 24 hours of operation and opted to use four 6V lead acid batteries for his battery bank because lithium wouldn't be viable due to charging issues in the cold.

The system has cost Birch around $2,000, after initially budgeting for $1,200, saying "it's worth it" on a phone call with Interesting Engineering. After seeking help on Reddit following some connectivity issues after four days of smooth, non-stop operation, Birch installed a smaller inverter. His "self-sufficient" setup has continued to achieve speeds of up to 113 Mbps even when there is heavy rain.