A study on the Wow! signal titled "An approximation to determine the source of the WOW! Signal" has been published in the International Journal of Astrobiology. 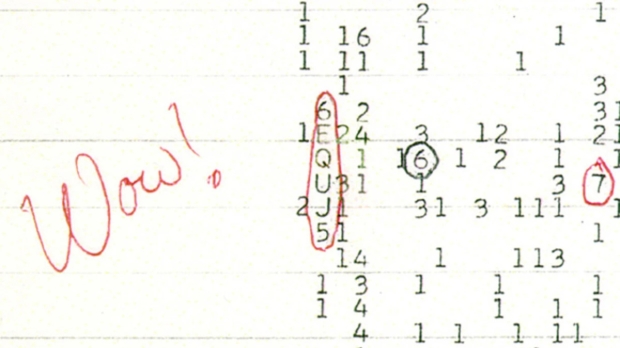 The Wow! signal was detected by Jerry Ehman using Ohio State University's Big Ear telescope on August 15th, 1977. It was named as such after Ehman wrote "Wow!" on the printout from the telescope. The Big Ear telescope was conducting a SETI (search for extraterrestrial intelligence) using a frequency of 1420.4056 megahertz, a frequency associated with the element hydrogen.

"Since hydrogen is the most abundant element in the universe, there is good logic in guessing that an intelligent civilization within our Milky Way galaxy desirous of attracting attention to itself might broadcast a strong narrowband beacon signal at or near the frequency of the neutral hydrogen line," Ehman wrote in a report on the 30th anniversary of the Wow! signal.

Subsequent searches for follow-up signals from the same place, however, have turned up nothing similar. The Big Ear telescope was pointed toward the constellation Sagittarius at the time of the Wow! signal, so astronomer Alberto Caballero went looking for a potential origin.

Caballero searched through Sun-like stars cataloged by the European Space Agency's Gaia satellite "looking for life as we know it," and found one designated 2MASS 19281982-2640123, located roughly 1,800 light-years away. It has an extremely similar temperature, diameter, and luminosity to our own Sun, making it or a habitable planet close by a potential origin for the signal.