Bandai Namco had absolutely no clue that Elden Ring would be such a hit, and originally expected the game to sell less than 5 million units. FromSoftware actually smashed that target. 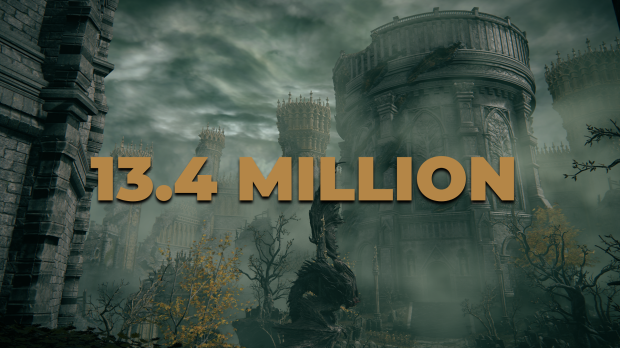 Elden Ring has now sold 13.4 million units worldwide and is a mega-hit franchise for Bandai Namco, FromSoftware, and the dev's parent company Kadokawa Corp. Elden Ring was able to achieve these numbers in little over a month.

The sales number was revealed as part of Bandai Namco's full-year FY2021 earnings report, where the publisher said it expected a modest 4 million sales for Elden Ring. As it turns out, the game beat that forecast by 235% and helped push the company's net digital game sales revenues to $3.1 billion.

Bandai Namco has confirmed that Elden Ring is now a franchise and tease more content on the way from the series.

"Please look forward to more of "ELDEN RING" as an IP (characters and other intellectual property) in hopes of expanding beyond the realm of games," reads a press release issued at the time. 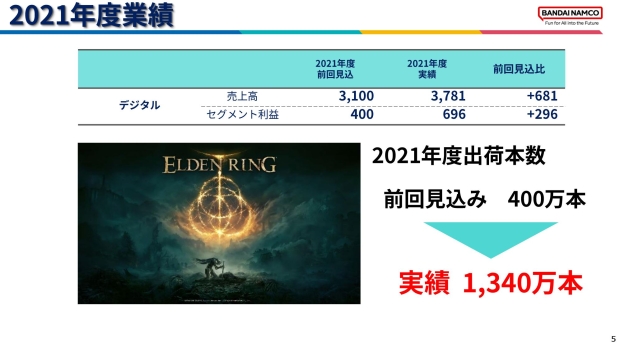