An X-ray binary system hosts a normal star and a collapsed star, either a white dwarf, neutron star, or black hole. X-rays are produced from the system as the normal star has matter pulled off it by the gravity of the dense, collapsed star when they come close enough together.

NASA's new animation features 22 such systems throughout the Milky Way and its nearest neighboring galaxy, the Large Magellanic Cloud. Each contains a normal star and a confirmed black hole. However, the size of the black holes is illustrated according to their mass, and so they appear much larger than they would otherwise relative to their companion stars and the accretion disk made from matter pulled off them.

For comparison, all of the systems are shown on the same scale, with orbits sped up by roughly 22,000 times. All of the systems are presented as we see them from Earth. Star color ranges from blue and white to reddish, corresponding to between 5 times hotter and about half as hot as our Sun. 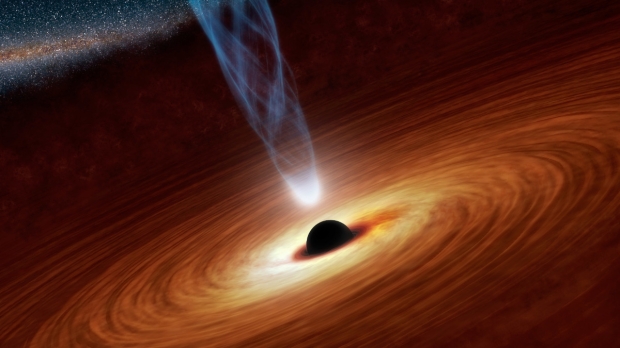