A study on logic gates titled "Light-field control of real and virtual charge carriers" has been published in the journal Nature. 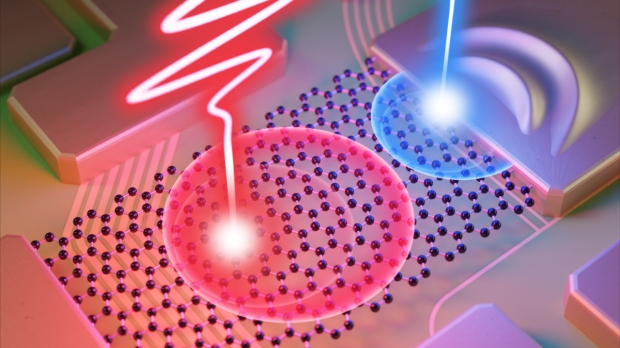 Researchers have developed a new kind of logic gate, the fundamental building block from which computers are made. Depending on the kind of logic gate and its rules, two inputs of any combination of 0 and 1 result in an output of either a 1 or 0. A single chip used in creating electronic components like processors and memory modules can contain billions of logic gates.

The newly developed logic gate, which demonstrates the viability of "lightwave electronics," works orders of magnitudes faster than traditional logic gates. Ordinary logic gates have an input processing delay on the order of nanoseconds, but the new logic gates process inputs in only femtoseconds, a million times shorter than nanoseconds.

The new gates comprise two gold electrodes connected with a graphene wire, which is then zapped with laser pulses, adjusting the pulse's phase to produce outputs of either a one or a 0. The shortened processing time for the new logic gates means that computers built on the technology would have their processing speeds measured on Petahertz (PHz) scale compared to the current Gigahertz (GHz).

"It will probably be a very long time before this technique can be used in a computer chip, but at least we now know that lightwave electronics is practically possible," said Tobias Boolakee, the lead researcher for the study.