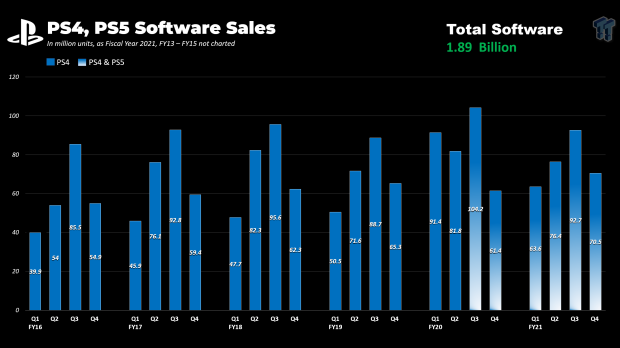 According to data provided by Sony and compiled by ResetERA's ArmGunar and us, the PlayStation 4 and PlayStation 5 consoles have sold a combined 1.888 billion games worldwide across physical and digital channels. As per Sony's game revenues data, the bulk of these sales were from digital and were made from Sony's PlayStation 4. 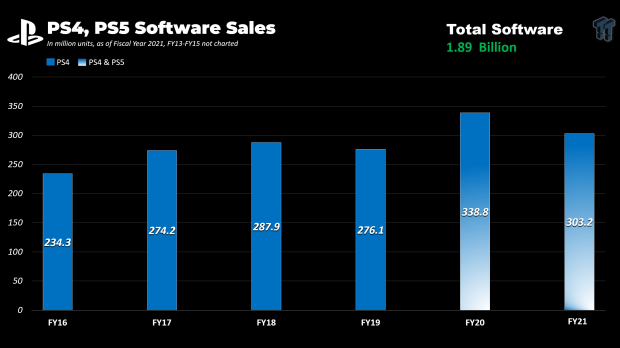 The PS4 and PS5 are now Sony's #1 gaming platform for as game software sales, beating out the PlayStation 2 by over 300 million game sales. The trends are quite clear: Modern PlayStation users are buying more games than ever as Sony's digital ecosystem thrives and bustles. It's interesting to note that Sony makes most of its revenues from add-on content, which primarily serves live service and free-to-play games like Warzone. 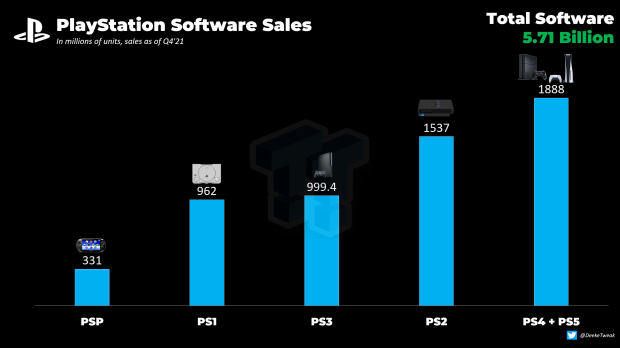