NASA's Perseverance Rover landed on the surface of Mars on February 18, 2021, and since then, it has been exploring the red planet and its barren yet interesting wasteland. 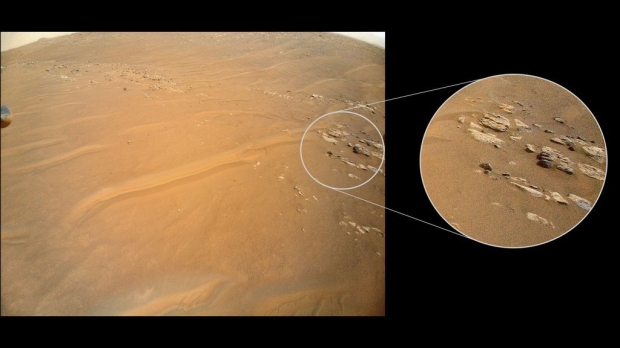 Images captured on April 23 were from engineer Ingenuity's 27th flight. The small helicopter was able to capture images of a martian ridgeline that the NASA team has called Fortun Ridge. Notably, the Ridgeline is of scientific significance how's the geological feature indicates a boundary between two major rock units.

"Ingenuity not only provides imagery from an aerial perspective, but allows our team to be two places at once on Mars. Sending the rover to survey and prospect in one location while launching the helicopter to survey another hundreds of meters away is a great time-saver. It can also help us explore areas the rover will never visit, as in this case," said Ken Farley of Caltech, Perseverance's project scientist.

Furthermore, the Perseverance team will also be able to combine the images and the data collected by Ingenuity with already acquired data from Perseverance. With the collected data, researchers will be able to develop a better understanding of the crater floor and the surrounding region.