AMD has been featured considerably in new leaks from Moore's Law is Dead, with Tom providing some more details on AMD's next-gen Instinct MI300 accelerator. 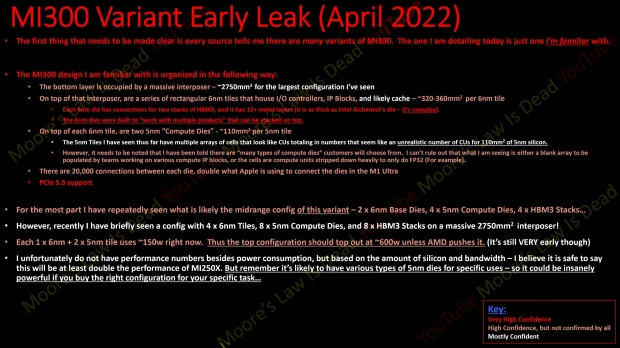 The new AMD Instinct MI300 accelerator will be the next-gen datacenter-focused GPU, where we should see multiple versions of it hitting the market. In the new leaks, the fact is made clear: "the first thing that needs to be made clear is every source tells me (Tom @ MLID) there are many variants of MI300. The one I am detailing today is just one I'm familiar with".

With the most confidence in the leaks, we're being told to expect that each 6nm die has connections for two stacks of HBM3 memory, with 12+ metal layers in total. The 6nm dies were built to "work with multiple products" that can be stacked on top. The MI300 design itself has a bottom layer that should be occupied mostly with a huge interpose (around 2750mm2 which is insane). On top of the interposer is reportedly a "series of rectangular 6nm tiles that house I/O controllers, IP Blocks, "and likely cache" of around 320-360mm2 per 6nm tile according to Tom.

Each of the Compute Dies would measure in at around 110mm2, with the interposer arriving at 2750mm2 -- absolutely mammoth -- with the Compute Dies having around 20,000 connections each. This might not sound like much if you don't know about the die connections, but that's double the connections between the dies than the super-fast new Apple M1 Ultra SoC. 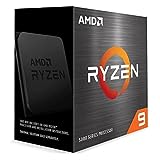