AMD is shifting into the world of GPU chiplets with its future Instinct MI300 GPU, which is reportedly set to have 4 GCD (Graphics Complex Die) according to a new leak.

The use of MCM or MCD (multi-chip module or multi-chip die) on AMD's next-gen Instinct accelerator is going to be a big deal, where we should see the upcoming Instinct MI200 accelerator packing either 110 CUs or 220 CUs (2 x 110 or 2 x 55 CUs).

But when it comes to the next-gen MI300 accelerator, the new leaks tease is that AMD will use twice as many GPU dies inside of the MI300 over the MI200 -- so we're looking at a huge 440 CUs in total from the 4 graphics tiles/chiplets.

We don't know what the GPU codename of the MI300 is just yet, but MI200 is codenamed Aldebaran -- so if we continue from the giant star names AMD has been using, we could be looking at Rigel or Antaras. I like the sound of Antaras. 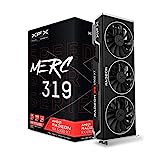