Rocket Lab has completed a test run of its next mission by capturing a dummy rocket booster using a helicopter.

Rocket Lab will be using a customized Sikorsky S-92 helicopter to retrieve a falling first-stage rocket booster from the sky in its upcoming "There and Back Again" mission. The mission is scheduled for April 28th if the weather allows, and if successful, it will mark a first-of-its-kind rocket booster retrieval of the company's Electron rocket.

In preparation for the mission, the company has conducted numerous test flights, the latest of which has involved a dummy rocket booster parachuting through the sky as the real thing will, before being collected by the incoming helicopter and its custom grappling hook.

Rocket Lab will be live-streaming the mission and the planned booster retrieval on its website, with the stream beginning about twenty minutes before the Electron rocket launches. If successful, Rocket Lab plans to use the same mid-air capture for its boosters in future missions, taking a markedly different approach to retrieving reusable rocket components compared to SpaceX, which lands its boosters upright on autonomous spaceport drone ships (ASDS). 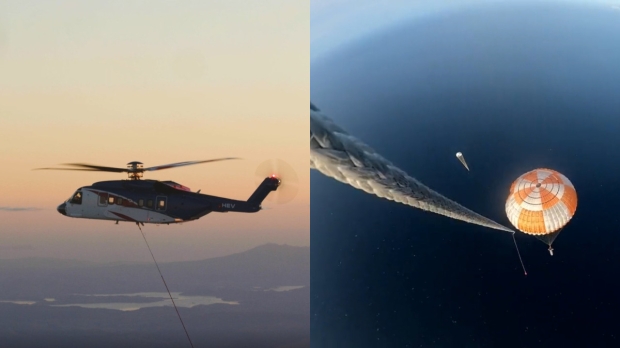