Japanese exoskeleton developer Skeletonics has shown off a new exoskeleton kitted out with boxing gear while its operator shadow boxes.

The Skeletonics Arrive is currently listened on the company website as the prominent offering and is the fifth of its exoskeletons. In the Arrive, the upper and lower body became connected, and suiting up with it takes only a minute. It stands 9 feet 2 inches (279.4 centimeters) tall, weighs 88 pounds (39.9 kilograms), and is powered mechanically with mechatronics used to operate the fingers.

"Skeletonics technology connects the mechanical and electrical components of the suit with the wearer's body to offer a smooth, harmonious experience of movement. This integrated technology is our unique strength, which we are using to develop robots that can be used in the field," writes Skeletonics on its website.

"The Skeletonics system uses a link mechanism, not an electrical system, to synchronize human movements with those of the robot exoskeleton. The mirror technology can synchronize remotely and works with robots larger or smaller than humans," the website reads. 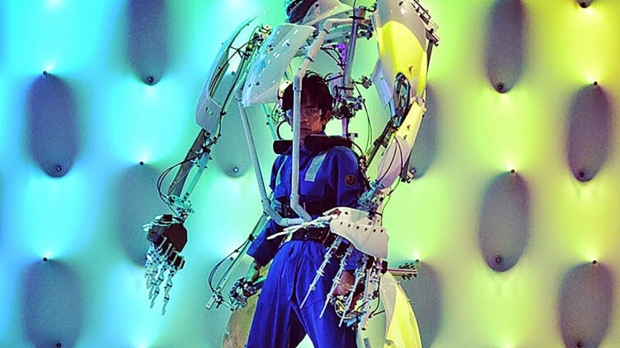