Zoom Video Communications Inc. has been made to pay users a settlement and implement changes to its business due to a class-action lawsuit.

The class-action lawsuit involved multiple instances of "Zoombombing," where outsiders interrupted Zoom meetings, and other privacy concerns leveled against Zoom. In one example, outsiders streamed pornography during a Bible study class on the platform held by Saint Paulus Lutheran Church in San Francisco, and a Sunday service by Oak Life Church in Oakland was subjected to similar material.

Plaintiffs in the case alleged that data was improperly shared by Zoom to Facebook, Google, and other third parties. They also said Zoom claimed to have end-to-end encryption when it didn't and that Zoom failed to prevent disruptive Zoombombings.

"Millions of Americans continue to use Zoom's platform with the expectation that their conversations will be kept private and secure. This groundbreaking settlement will provide a substantial cash recovery to Zoom users and implement privacy practices that, going forward, will help ensure that users are safe and protected," said Mark Molumphy, an attorney representing Zoom users in the case.

Zoom has agreed to implement a user-support ticket system for reporting meeting disruptions and security features, including a "suspend meeting" button and the ability to block users from specific countries. The approximately 150 million settlement class members can claim up to 30% of the money they paid for their Zoom subscription during the class period.

"The case itself and the settlement that we've obtained ... I think will become a standard for other technology companies going forward. It's really important to have the technology down and the security down before you go to market," said Molumphy.

"It's fair to say that in the age of technological tracking, our privacy rights are eroding. We think that it's historic to be able to compensate people for those privacy rights," said plaintiff's attorney Tina Wolfson. 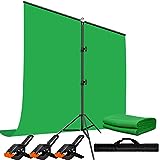