1.6 kilowatts of power was beamed over a kilometer using a ten gigahertz microwave beam (3,280 feet) as part of the Safe and Continuous Power Beaming - Microwave (SCOPE-M) project. At MIT in Massachusetts, a second SCOPE-M project was set up at the Haystack Ultra Wideband Satellite Imaging Radar (HUSIR) transmitter.

The ten gigahertz frequency was chosen for its ability to beam through heavy rain with a power loss of less than five percent and falls within international standards of safety for birds, animals, and humans that may be present. The Maryland tests saw the system operating with 60 percent efficiency, and though they had a lower peak power, the average power level was higher, resulting in more energy being delivered.

"Although SCOPE-M was a terrestrial power beaming link, it was a good proof of concept for a space power beaming link. The main benefit of space to Earth power beaming for the DOD is to mitigate the reliance on the fuel supply for troops, which can be vulnerable to attack," said Brian Tierney, SCOPE-M electronics engineer. 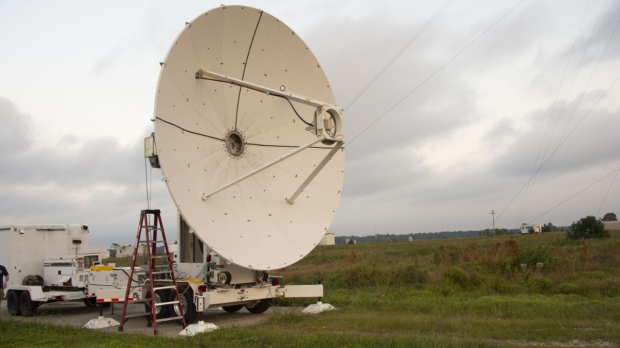