The LHC is the world's largest and most powerful particle accelerator, and on the 22nd of April at 12:16 CEST, it was restarted for the first time in three years. Two proton beams circulated throughout the LHC's 27-kilometer (16.8 miles) ring in opposite directions with an injection energy of 450 billion electronvolts (450 GeV).

"These beams circulated at injection energy and contained a relatively small number of protons. High-intensity, high-energy collisions are a couple of months away. But first beams represent the successful restart of the accelerator after all the hard work of the long shutdown," said Rhodri Jones, the head of CERN's Beams department.

"The machines and facilities underwent major upgrades during the second long shutdown of CERN's accelerator complex. The LHC itself has undergone an extensive consolidation programme and will now operate at an even higher energy and, thanks to major improvements in the injector complex, it will deliver significantly more data to the upgraded LHC experiments," said Mike Lamont, CERN's Director for Accelerators and Technology.

The restart marks the end of the LHC's second long shutdown and the beginning of preparations for the next four years of experiments to collect physics data around the middle of the year. The third operational period of the LHC, dubbed Run 3, will see the LHC run at a record energy of 13.6 trillion electronvolts (13.6 TeV) after the energy and intensity of the beams are safely ramped up in the coming months.

Two new experiments in Run 3 include FASER and SND@LHC. Check out CERN's news post for photo and video from the restart and of the upgrades made. 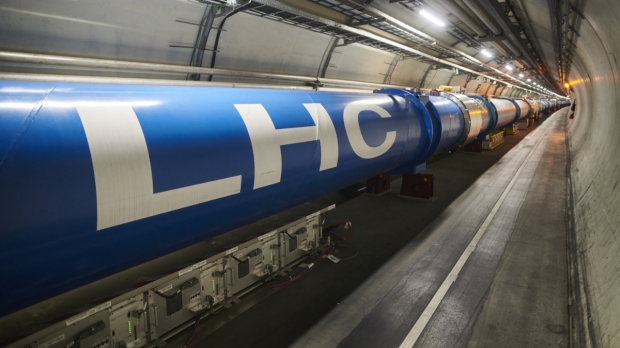