A pre-print paper on humanity's timeline titled "Avoiding the Great Filter: Predicting the Timeline for Humanity to Reach Kardashev Type I Civilization" has been published on arXiv.

Russian astrophysicist Nikolai Kardashev proposed the Kardashev Scale in 1964, a scale that categorizes civilizations into three types: planetary, stellar, and galactic, or Types I, II, and III, respectively. Each category relates to the extent of energy that the respective civilization can harness, with Type I being able to harness all of the stellar energy that reaches its home planet, Type II harnessing all of the energy of its host star, and Type III harness the energy of its host galaxy.

Carl Sagan further popularized the idea and expanded on the concept by adapting it to a continuous scale rather than three discrete stages. Humanity reaching Type I status would mean harnessing 1016 watts, the average amount of solar energy that reaches Earth. Currently, we use about 1013 watts, which on Sagan's scale puts our civilization at roughly 0.73.

The newly published paper examines how three energy sources; fossil fuels, nuclear, and renewable; are likely to grow over time and how this puts us on track to achieving Type I status. Real-world limitations such as climate change induced by excessive burning of fossil fuels in pursuit of the energy requirements necessary to reach Type I mean that the researchers had to consider how realistic limitations would impact our progress. With these limits, they determined that humanity could become a Type I civilization by 2371. 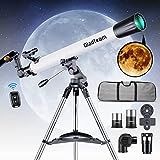