Saturn, Mars, Venus, Jupiter, and the moon are all set to align in the sky on April 23rd. 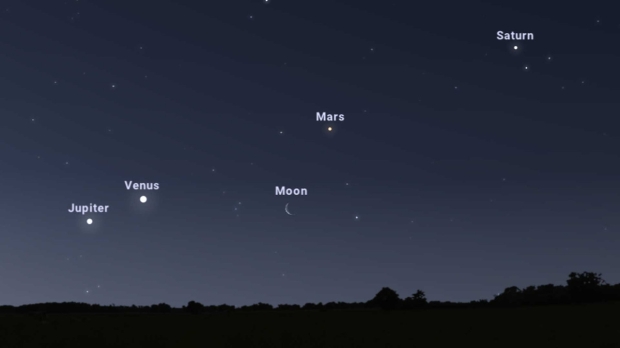 The orbits of each planet have coincided to allow them all to appear in the same portion of the sky when viewed in the northern hemisphere, starting with Venus, Mars, and Saturn in late March. Jupiter joined the group around mid-April, and Mercury will join around mid-June this year to create an alignment of five planets. 2020 was the last time five planets aligned in the night sky, with preceding alignments in 2016 and 2005.

On April 23rd, the moon will be in its last quarter phase and situated to Saturn's right in the night sky. To Saturn's left and below will be Mars, followed by Venus, and then Jupiter. The alignment will be most visible in the northern hemisphere, about an hour before sunrise.

Saturn, Mars, Venus, and Jupiter will remain in alignment until early July, with Mercury joining the group as early as June 10th. Uranus and Neptune will also be visible during a portion of the alignment. Uranus is likely to require binoculars to assist in spotting it, while Neptune will need a telescope to spot it. 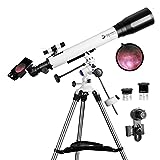