The humanoid species known as Homo floresiensis is believed by retired ethnobiologist Gregory Forth to be still alive. 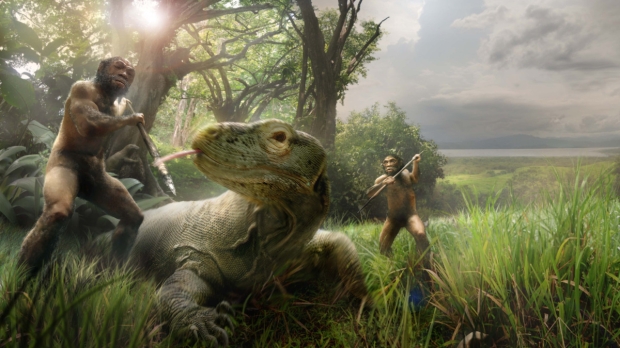 Remains of the species were first found on the Indonesian island of Flores by the late anthropologist Mire Morwood in 2004. The bones found came from the Pleistocene era, the most recent geological epoch, which ended about 11,700 years ago and began about 2,580,000 years ago.

The species was believed to be extinct and at the time of its discovery was dubbed "the Hobbit" due to its diminutive stature. According to Forth, a local tribe called the Lio has encountered a small creature that he believes may be a member of the H. floresiensis species, which he describes in his upcoming book Between Ape and Human.

"My aim in writing the book was to find the best explanation - that is, the most rational and empirically best supported - of Lio accounts of the creatures. These include reports of sightings by more than 30 eyewitnesses, all of whom I spoke with directly. And I conclude that the best way to explain what they told me is that a non-sapiens hominin has survived on Flores to the present or very recent times," Forth wrote in The Scientist magazine.