A Twitter account with the handle @ArmedForcesUkr shared images of Russian military establishments taken from Google Maps on April 18th, 2022. 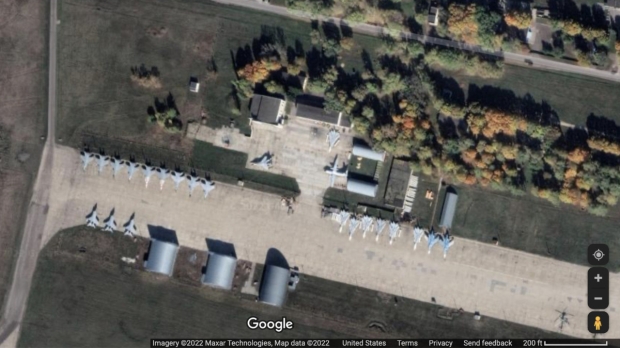 The account suggested that the publicly visible content meant that Google had sided with Ukraine against Russia, with a message translating to "now everyone can see a variety of Russian launchers, intercontinental ballistic missile mines, command posts and secret landfills with a resolution of about 0.5 meters per pixel." A spokesperson from Google told The Verge that the information had been in the public domain since before the conflict in Ukraine began. Google has already taken a stance concerning Russia by pausing ad sales in the country, cutting off Google Pay access, and banning Russian state media from advertising on YouTube.

Google blurs certain imagery in its Maps service, notably number plates and faces, to protect individual privacy. This blurring practice does extend to some military establishments, for example, the French Air Force base BA 705. However, the infamous Area 51 and other military bases are not blurred, as Google maintains its policy is to keep as much in the public domain as possible.

The Twitter account has been suspended since the tweet and was not an official account used by the Ukrainian government or military officials. Though Ukrainian officials likely have access to better intelligence assets than Google Maps, open-source efforts to keep track of military movements and casualties can benefit from the data.