NASA's Mars Reconnaissance Orbiter (MRO) satellite orbiting Mars has captured another piece of NASA equipment on the surface of the Red Planet.

An image captured by the MRO's High Resolution Imaging Science Experiment (HiRISE) shows the InSight Mars Lander about three and half years after it first landed on the planet in November 2018. The right half portion of the above image shows InSight as it was on March 9th, 2022, compared with how it was after landing on the left.

In the image taken following the landing, you can see a dark blast zone created during the landing. In the ensuing years, especially since a recent storm in January 2022, InSight and its surrounding blast zone has been covered with Martian dust. 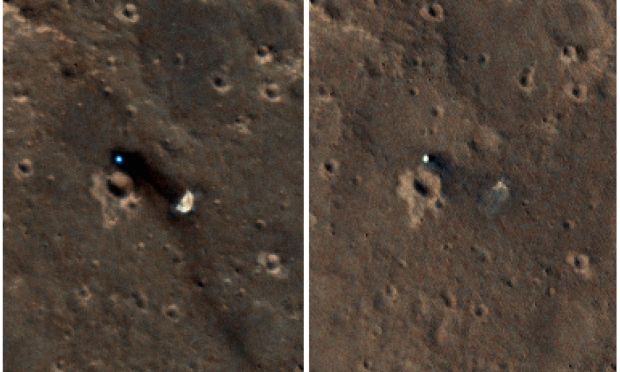 A similar occurrence can be seen with the discarded parachute that the Insight lander used on its journey to the surface of Mars. Like the lander, the parachute has also become covered with Martian dust. 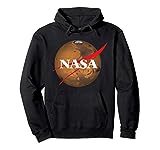