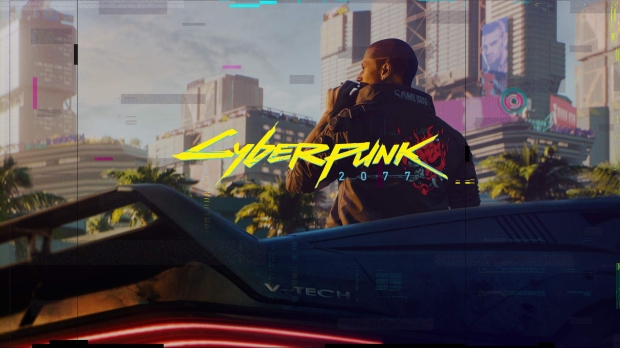 Cyberpunk 2077 is far by CD Projekt RED's fastest-selling game of all time. The sci-fi FPS launched into extreme hype and subsequent controversy with a massive 13.7 million copies sold within a month's time, and helped CD Projekt make more money than it ever has before. The trade-off was that CD Projekt essentially sold its reputation for upfront cash: The game performed so badly on PS4 and Xbox One that CDPR was vilified for months on end, with Sony even removing Cyberpunk 2077 from the PlayStation Store for 6 months.

Ever since then, CDPR has been on a redemption arc and trying to make a big comeback. The recent Cyberpunk 2077 release on PS5 and Xbox Series X/S helped things along but the absence of substantial content has contributed to a dramatic drops in game sales.

Now CD Projekt confirms gamers will be waiting even longer for new Cyberpunk 2077 content. The game's first major expansion won't release until 2023, the studio has said in a recent earnings report. This is a stark contrast to The Witcher 3's post-launch expansions Hearts of Stone (2015) and Blood and Whine (2016), both of which released within a 2-year period after launch. 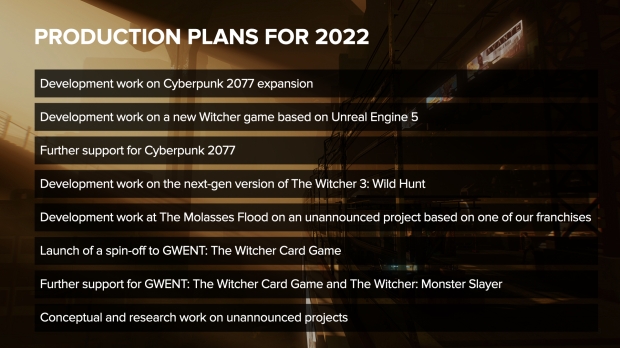 Why is the expansion so late? It's true CD Projekt is spending quite a bit on Cyberpunk 2077's continued development, and new content includes two things (or at least it did unless CDPR changed its plans):

Based on the report, it looks like CP2077's multiplayer could be rebooted in Unreal Engine 5, so the expansions are likely taking priority. That being said, CDPR's internal teams are still developing both at the same time alongside new updates and fixes for the main base game. So Cyberpunk 2077 effectively has three ongoing projects in the works right now.

The pandemic complicates things, so does the RED Engine, which favors new-gen hardware and PC. Essentially there's a lot of moving parts right now, including a new Witcher game and the next-gen Witcher 3 re-release alongside the aforementioned 3 Cyberpunk 2077 project lines.