The video games industry has raised over $113 million for humanitarian relief efforts in Ukraine, analysis has shown. 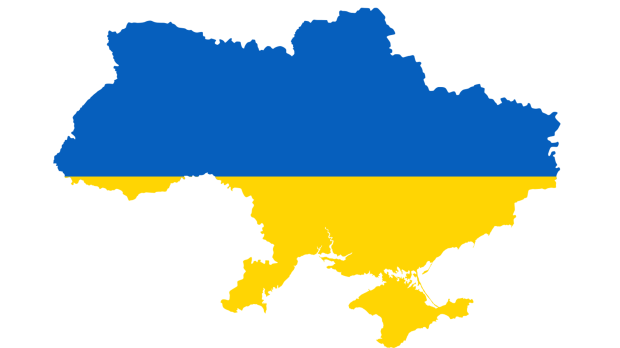 The world's most lucrative entertainment industry has banded together to raise money for Ukraine, with many companies (like Microsoft, Sony, and Nintendo) cutting off Russia due to the ongoing war. According to data compiled by us (with the help of Levvvel), the games industry has raised over $113 million in funding for various organizations aimed at helping the beleaguered nation.

Below we've put together a list of the current known donations, but it is by no means a complete and definitive grouping that catalogs every donation made. Epic Games tops the list with its mighty $70 million generated from Fortnite revenues on PC and Xbox, followed by the Stand With Ukraine bundle on Humble Bundle, then the mighty Bundle for Ukraine indie megapack on Itch.io takes third place with over $6.3 million earned.

The list also includes hundreds of thousands of dollars raised by influencers like Twitch streamer Hasanabi, who was able to raise over $216,000 for Ukraine, beating the donation made by billion-dollar giant The Pokemon Company. 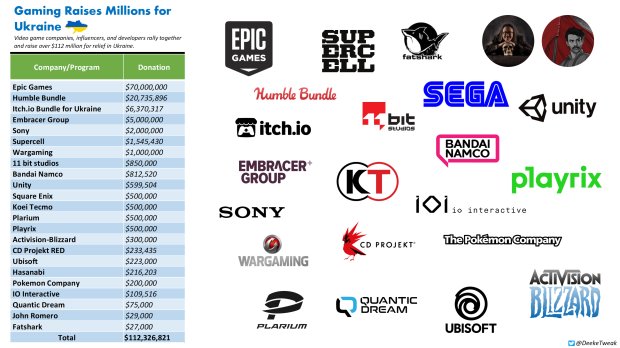