Intel will be unleashing a monster HPC GPU in 2023 that will succeed its current-gen Ponte Vecchio GPU, with the first teases of Intel Rialto Bridge arriving aka Xe-HPC2 (or something like that). 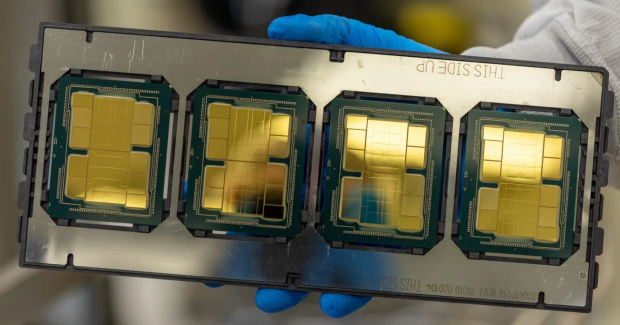 But now that NVIDIA has burst through the gates with its Hopper GPU architecture and blisteringly-fast NVIDIA H100 GPU, it gives Intel and AMD time to make some adjustments to their respective HPC GPUs, schedules, and everything in between. Intel's new codename Rialto Bridge is reportedly launching next year according to Tom at Moore's Law is Dead.

We already know that the current Intel Ponte Vecchio -- which is based on the Xe-HPC GPU -- packs 100 billion transistors and two compute dies (each 640mm2). There are actually 47 different tiles doing different things, made on different process technologies (from Intel, and some outside of Intel). It's impressive to say the least.

It's not the first time we've heard about Intel's new codename "Rialto Bridge" as leaker "KOMACHI_ENSAKA" tweeted "Vecchio > Rialto" all the way back on July 8, 2021.