Intel has just gone to the oven to check on its new Ponte Vecchio GPU, with 'momomo_us' spotting the Ponte Vecchio Xe graphics card has turned up in add-in card (AIC) form. 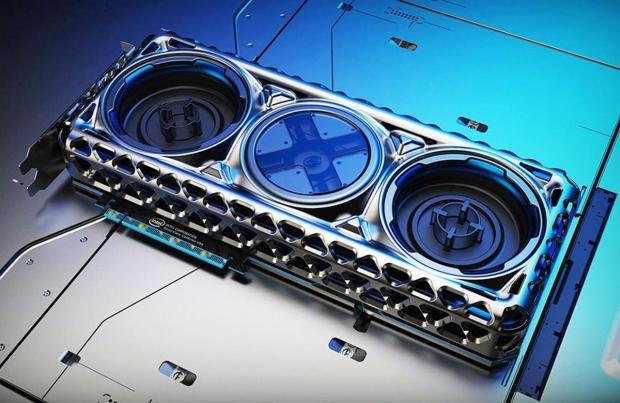 Intel will see its new Ponte Vecchio graphics cards making their big debut inside of the Aurora Supercomputer at Argonne National Laboratory next year in 2021. The first wave of Ponte Vecchio will be on the 7nm node, with Intel using 6 of them with HBM, 2 x Sapphire Rapids CPUs in each node, as the exciting new Xe Link fabric that binds them to a central Rambo Cache.

Ponte Vecchio is not a gaming graphics card, so don't go getting excited that it will battle NVIDIA's next-gen Ampere GPU and the GeForce RTX 30 series, nor will it compete with AMD and its upcoming RDNA 2-based Navi 2X-powered graphics cards. Ponte Vecchio is designed for exascale supercomputers... not Crysis.