Hours after regaining power following a previous outage, the plant has once again lost power. 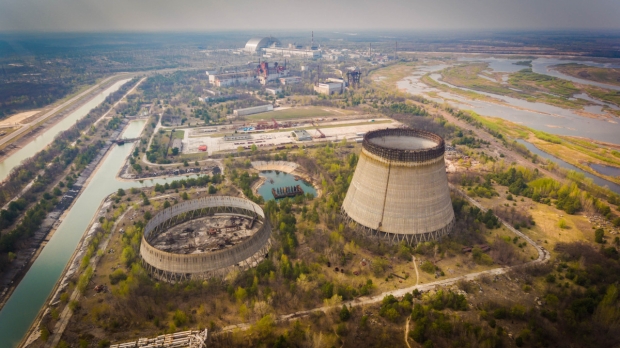 Ukrenergo, Ukraine's electrical grid operator, has blamed Russian forces for damage to a high-voltage power line connecting the plant to the grid and has demanded a repair crew be allowed to access it. The power line was repaired by a crew on March 13th, allowing Ukrenergo to start delivering power to the Chernobyl Nuclear Power Plant (NPP) and the city of Slavutych. Before power was fully returned, Russian occupying forces damaged the line again.

"Ukrenergo emphasizes that the Chornobyl NPP is an important facility that cannot be left without a reliable energy supply. The power supply of Slavutych residents also depends on the power lines of the nuclear power plant. Therefore, unimpeded and quick access of Ukrenergo repair crews to these lines for inspections and repairs is extremely important not only for Ukrainian consumers but also for Europe as a whole," Ukrenergo wrote on Facebook.

The plant requires power to cool the approximately twenty thousand spent nuclear fuel units still held at the site. Ukrenergo emphasized that the Chernobyl site is an important facility that requires a reliable energy supply to mitigate a repeat of the 1986 Chernobyl disaster.

On March 14th, the Ukrainian Minister of Energy, German Galushchenko, announced that power has now been restored to the plant, and its cooling system will operate normally once more.