The auction for the unique NFT was organized and orchestrated by UkraineDAO, which is led by Pussy Riot and the NFT studio Trippy Labs. The idea behind the creation of the NFT was to raise funds for the struggling people in Ukraine that are currently fleeing in droves from invading Russian forces. The winning bid for the Ukraine flag NFT was a pool of 3,271 donors that placed the bid through a service called PartyBid.

By using PartyBid, UkraineDAO was able to purchase the NFT from itself and will donate the proceeds to Come Back Alive, an organization that focuses on getting supplies to Ukrainian civilians and the military. In return for all of the people who donated to the cause, UkraineDAO has said it will airdrop its LOVE token proportionate to the amount of Ether donated. The LOVE tokens have "no utility or value, but are a beautiful testament and reminder of your contribution to a noble cause."

Read more: Here's why Ukrainian's and Russian's are buying millions in Bitcoin 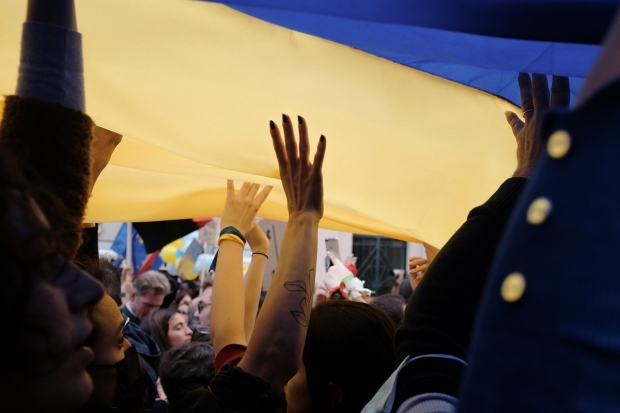