The Embracer Group now has access to a whopping 271 video game IPs and franchises. 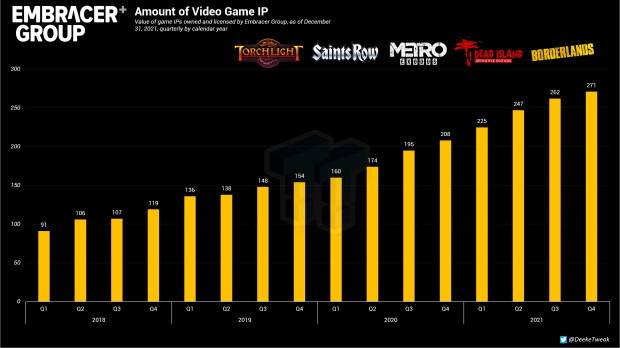 Nordic-based games company the Embracer Group is one the biggest players in the video games industry. The multimedia giant owns and licenses an incredible 271 IPs, franchises, and series that range from heavy-hitting AAA titles like Borderlands to smaller, licensed multiplayer game like Saber's World War Z and the new Evil Dead game.

Now that big-name giants like Microsoft are buying up studios in multi-billion deals, Embracer's pool of intellectual property remains extremely valuable--content IP is the most valuable commodity on the market today. Some of Embracer's most profitable franchises hail from the Deep Silver branch, including Dead Island, Metro, and Saints Row, but Gearbox's Borderlands is very lucrative, too.

The wide variety of wholly-owned IP across THQ Nordic represents a treasure trove of remaster and back catalog re-release potential and other operating segments like Crazylabs (DECA) and Easybrain will handle mobile games. 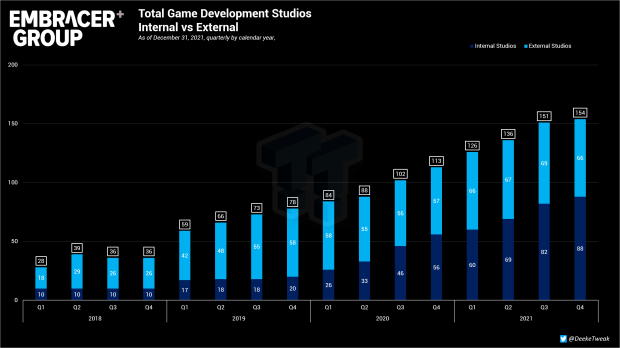 The content IP library has grown in conjunction with studio count. Embracer now has 88 internal video game development studios at its employ with over 6,400 devs across the entire ring of studios.

Below is a snapshot of Embracer's current multi-publisher structure and the IPs associated with each: 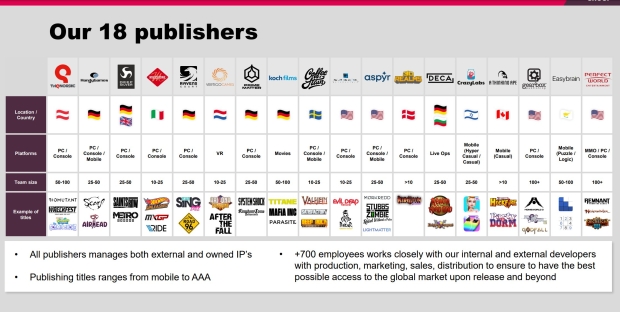