A paper describing the android child has been published in the journal Frontiers in Psychology. 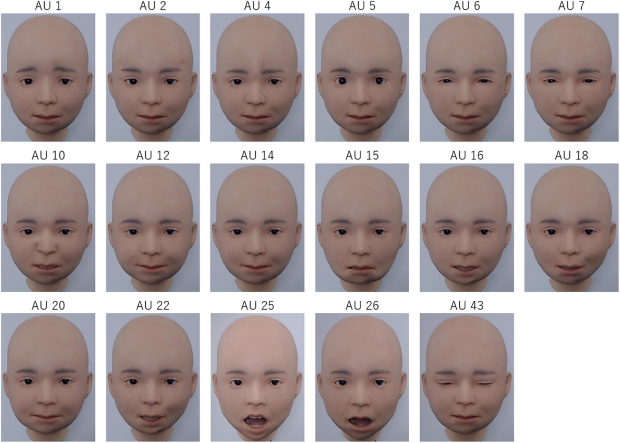 Researchers from Japan's RIKEN institute created the android child, named Nikola, as part of the Guardian Robot Project. The android could successfully replicate six emotions: anger, disgust, fear, happiness, sadness, and surprise. The research team assessed the quality of facial expression by seeing how easily volunteers could determine the emotion the android was attempting to express.

The android's face contains 29 pneumatic actuators, used to drive the movement of its artificial muscles, with six more actuators that move its head and eyes. The actuators are air-powered to enable quieter and smoother operation for a more realistic experience. Using an existing system known as the Facial Action Coding System (FACS), the research team placed the actuators in the most appropriate places to recreate facial expressions.

"In the short term, androids like Nikola can be important research tools for social psychology or even social neuroscience. Compared with human confederates, androids are good at controlling behaviors and can facilitate rigorous empirical investigation of human social interactions," said the project's lead scientist Wataru Sato.

Volunteers recognized all emotions at a higher accuracy than chance level, and participants also evaluated the effect of the speed changes in facial expression on their naturalness. The most difficult emotion to identify was disgust, as the android's skin does not wrinkle as easily as human's. The child currently does not have a body, but its technology could one day be incorporated into a full-bodied android to enable more expressive interactions with humans.

You can read more from RIKEN's press release here, and from the Frontiers in Psychology paper here.