The public has put recently put a spotlight on Joe Rogan following some of his comments on the coronavirus vaccine, health regarding COVID-19, and racial slurs.

Individuals have voiced their concerns over the host of The Joe Rogan Experience podcast being able to speak freely on his podcast about sensitive topics such as COVID-19 and vaccines as it could spread misinformation. Individuals unhappy with Rogan's content have publicly called for Spotify to remove Rogan and his podcasts from the platform.

Artists such as Neil Young, Joni Mitchell, and India Arie and writers such as Mary Trump and Brene Brown have removed their content from the platform in protest of the JRE podcast still being available. Rogan has replied to the controversy surrounding the "COVID-19 misinformation" and vowed to do better on the podcast by bringing on a wider variety of guests.

On Friday, a compilation video of Rogan went viral that showcased the podcaster saying the n-word throughout multiple episodes of the JRE podcast. Rogan replied to the video by posting his own, saying that the compilation video took some of the instances out of context, but did admit that was no excuse and that he is "regretful and shameful".

On Saturday, Spotify removed 113 episodes of the podcast, most of which were before the recent COVID-19 controversy. Bloomberg reported that after consulting with Spotify, Rogan agreed to the removal of the episodes.

Now, celebrities across a variety of different industries are showing their public support/contempt with Rogan across Twitter. Here are just some examples. 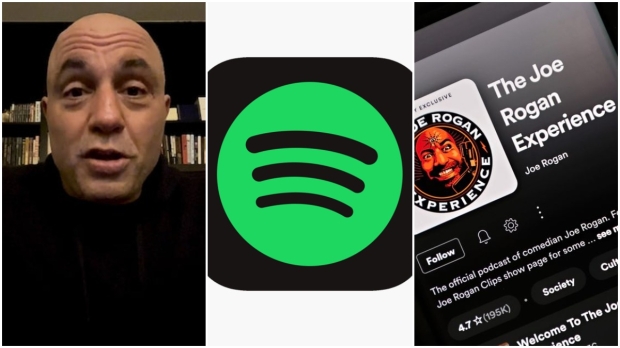