The Switch broke 100 million shipments in 2021 and helped push handheld sales past 553 million. 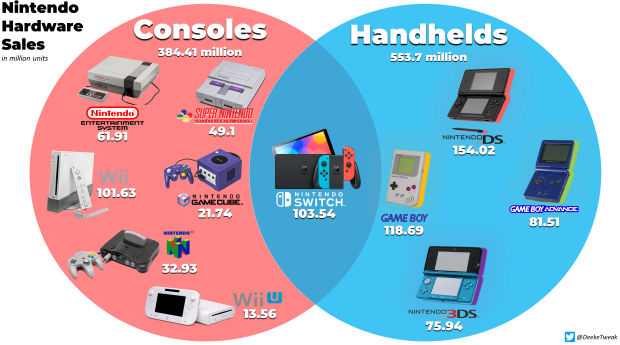 While compiling Nintendo's latest hardware numbers I noticed something interesting: The games-maker sells a lot more handhelds than consoles. Actually that's a no-brainer. The DS is the best-selling handheld of all time and remains Nintendo's top system. What is surprising, though, is how many handhelds total that Nintendo has sold.

Based on numbers provided by Nintendo, the company has sold 533.7 million handhelds. That includes the entire 33-year span of games systems from the original Game Boy to the current Switch. Total consoles are lower at 384.41 million, and runs even farther back to the NES days. That's a split of 65% handhelds and 35% consoles. 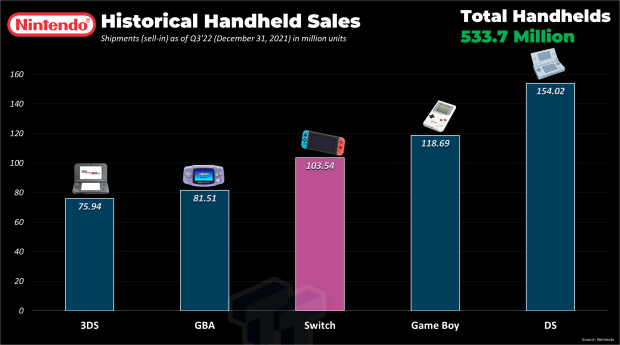 Here's a breakdown of handheld sales.

What's even more interesting is that since the Switch is both technically a handheld and a console, it affects both types of sales.

The Switch is the hybridization of Nintendo's hardware and represents the new way forward for the company. Nintendo has since merged its handheld and console divisions together to create one cohesive unit to streamline future Switch console progress.

That being said, Nintendo's total hardware lifetime-to-date shipments is still capped at 814.57 million. That's a pretty impressive number for 39 years of hardware production. 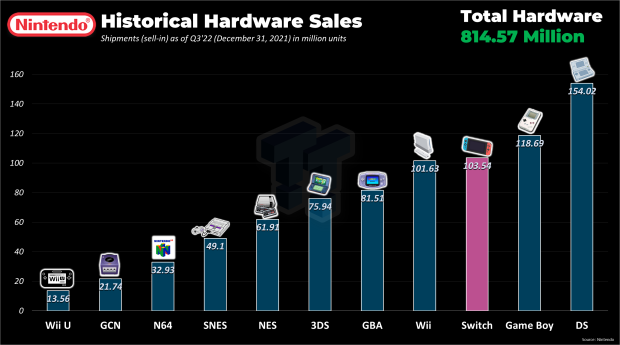